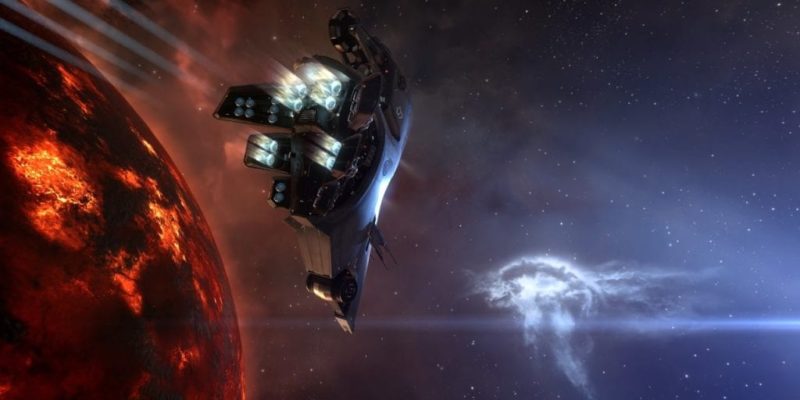 The Ascension update adds the Clone States feature which removes the need for free trial accounts and opens up the game’s new free to play model. It’s a little confusing how this works if you plan on joining EVE for the first time but this should explain it.

Characters now exist in one of two clone states. Omega clones will act similar to current active EVE characters, granted unlimited access to skill progression and rapid skill training. Alpha clones will become the new base state for all characters and available to any character at any time for free, able to train and use a specific set of skills to fly some of the most often-used ships into battle – Tech 1 frigates, destroyers, and cruisers. Access to trading, industry, and exploration skills will allow Alpha pilots to explore the vast, mysterious universe, harvest its raw materials, fulfill their shrewd economic dreams, and construct the war machines that make EVE battles famous.

For existing players, there are new features to enjoy such as the new player-built Engineering Complexes which allow for “comprehensive research and manufacturing support and furthering the progress of Citadel structures introduced in April 2016”.

Also look out for:

EVE has been around so long now that it’s always felt a little daunting to get started as a new player but now that it’s free now would be as good a time as any to give it a shot.

The Elder Scrolls Online free to play until 20 November