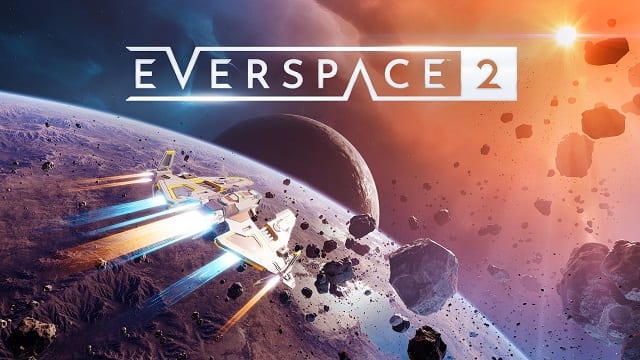 Everspace is one of those rare 9/10 games here at PC Invasion, boasting a fantastic atmosphere and compelling roguelike gameplay. The developer, Rockfish Games, also released an excellent DLC, Encounters. Since then, Rockfish has been working on a secret project that they are officially announcing today in its world premiere at Gamescom. Everspace 2 is the next frontier for the space shooter, as it moves into the open-world territory. In order to make this quantum leap, Rockfish Games will start a Kickstarter campaign for additional funding on Sept. 9.

Everspace 2 aims to stand in contrast to the roguelike concept of its predecessor. It will be an open-world space shooter with classic RPG elements and persistent player progression. The space combat will also feature a much larger number of player ships. It aims to outperform its predecessor in terms of both audiovisual quality and scope and enhanced narrative, reflecting a significantly higher development budget.

Everspace 2 Kickstarter and beyond

Michael Schade, CEO and co-founder of Rockfish Games, promises that in spite of the leap to open-world, Everspace 2 will remain true to its DNA. It aims to take the best features of the original and deliver a bigger and better experience. That means it will feature a beautiful sci-fi world to explore and “uncompromising space shooter action.” Moving away from its roguelike gameplay loop might be a disappointment for some fans of the original, but it might pay off with a more robust and expansive experience.

The Sept. 9 Kickstarter campaign will start with a funding goal of €450,000, but depending on the number of backers, it might go above and beyond. The Kickstarter campaign for the original Everspace achieved over €420,000 from a €225,000 goal, so a higher amount isn’t unlikely. Rockfish aims to achieve financial independence to ensure full creative control and, if successful, to increase the scope of the game through stretch goals.

Everspace 2 is slated for a Steam Early Access release in the second half of 2020. A full version will release on PC, PlayStation 4, and Xbox One by the end of 2021.

Are you hyped for this sequel? Do you think the leap from roguelike gameplay to an open world will be an improvement? Leave your comments below and tell us your thoughts!