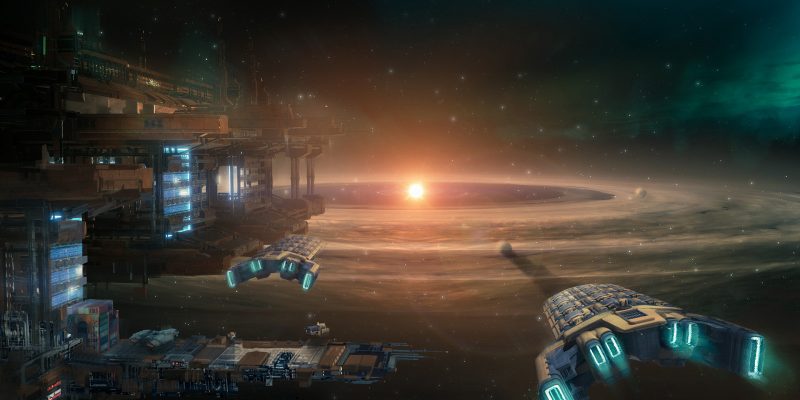 Everspace 2 was a great game well worth picking up on day one of Early Access. After three and a half months, however, Everspace 2 is finally set to receive its first large content update. With this, the game is moving on its way to the eventual finish line that fans are waiting for with bated breath. This new patch adds a significant number of new things too, so it’s been well worth the wait. Players will be able to warp through space immediately to check on what’s on offer.

The biggest addition with the first update is that the Everspace 2 story will get not only new missions, but sidequests as well. These are added to the Union star system, giving players more meat to chew on while there. But that’s not all. The new missions feature a new boss, plus there’s a new companion to work with, a brand new ship class, and even a new enemy faction to face off against. The new ship is called the Bomber, and it comes with a large number of missiles and mines. It can even regenerate its hull by damaging enemies. Specifically, the update adds three new story missions and three new sidequests. The story missions add smuggling to the game, so you can get your Han Solo on, too.

A song in your step

The new companion will be familiar to Everspace 2 fans, as they’re Elek, returning from Everspace: Encounters. On top of that, there are also four new music tracks included, three of which are battle themes. One, however, is a synthwave track for traveling. You can get a brief look at some of what this update has to offer by taking a look at the new trailer included below. I’m very much looking forward to seeing how the game continues to shape up with additional updates, as there’s a lot to love about a giant space RPG.