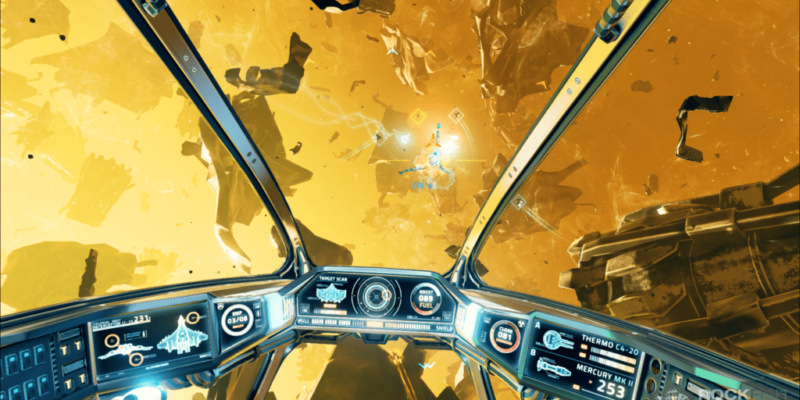 Developer Rockfish are about to hit a new milestone with their crowdfunded space title Everspace with the release of an alpha version.

Backers of the game will be receiving emails later this month which will provide alpha access to the game via Steam. Once the alpha releases on Steam, Rockfish will cease crowdfunding of the game.

“After careful consideration we decided to cease the crowdfunding when the Alpha version will ship at the end of April. Steam doesn’t allow us to sell any copies whatsoever once we use their system to distribute game copies (which makes perfect sense from a platform owner point of view). On the other hand, we refrain from selling Alpha versions through Steam as this would mean going through Early Access officially whereas the game is far from ready for that. Furthermore, it would dilute the value of every Alpha and Beta access you guys got through Kickstarter or our website and of course we continue to appreciate your early commitment very much.”

Along with new improvements that have been added prior to the alpha launch, Rockfish as managed to get “basic VR support” for the Oculus Rift into the alpha version.

With crowdfunding shutting down soon, there’s still time to back the game via the official website.