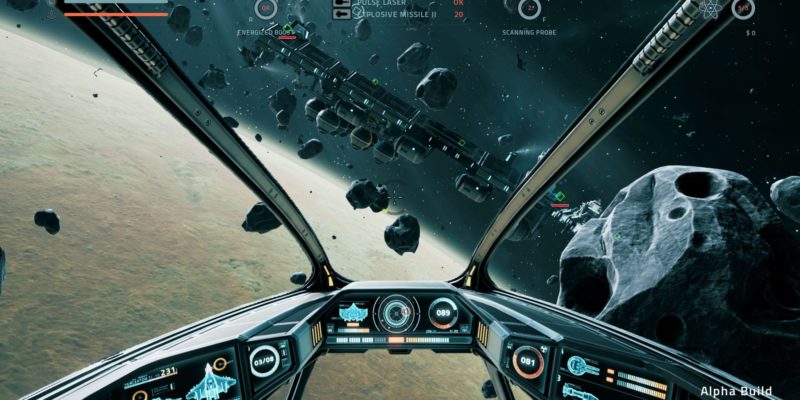 At last year’s Gamescom I sat down for a lengthy chat with Rockfish, who were just about to launch their Kickstarter for Everspace. The game intrigued me; a rogue-like space shooter sounded like it could be a real blast. We’re now five months into 2016, Rockfish has pushed their first alpha build out the door, and I’ve had the opportunity to go hands-on with it for the first time.

Everspace is not your typical, mission-based single player space epic. This game is about surviving in space, traversing across unknown sectors of the universe, and ultimately puzzling out the origin of the player’s existence (you wake up on a battleship with orders to head to a specific sector.) It all sounds quite mysterious, and it’s going to stay that way for the time being because Rockfish have been quite secret about the game’s actual plot.

Everspace is a rogue-like game, but not one where absolutely all progress is lost after a failed attempt. Any ship upgrades discovered on a run are carried on to the next one. This makes each new run slightly easier, as any blueprints discovered to improve the ship can be applied before thrusting off back into space. 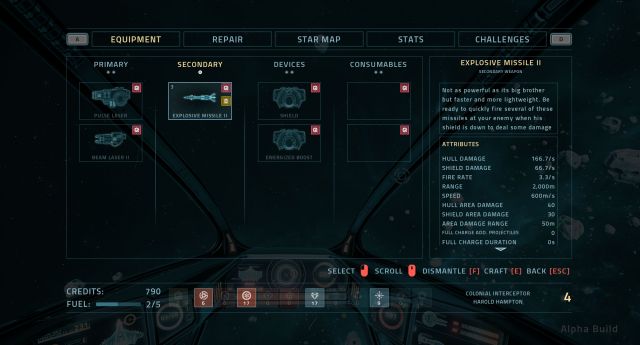 Each sector of space is shown on a map, where points of travel are linked to each other by fairly classic star lanes. When you start the game in the first sector of space you need to explore, look for resources, enemy ships, fuel etc. While flying about within that sector of space, a green indicator appears on the HUD which shows the exit to the next jump point. Holding the ship towards the point for a few seconds allows you to jump out and move on.

In an ideal world, it would be easy just to jump from point to point in each sector of space. It’s not easy of course, because each sector will come with some sort of surprise. Perhaps some attacking enemy ships, a friendly convoy, an area littered with resources. All these will either help you progress or hinder your journey. What you decide to do when you encounter a scenario will either kill you off or bring some kind of reward. 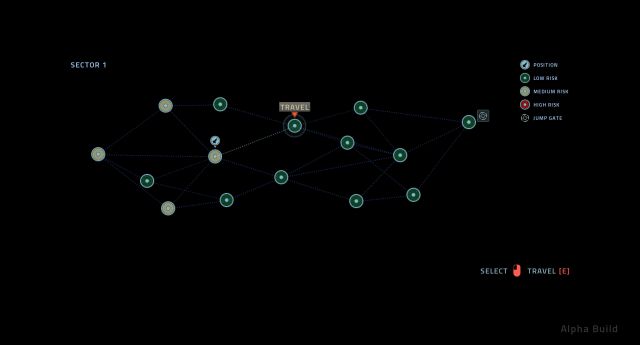 To make a clear distinction, the gameplay is not in any way similar to a space simulation game like Elite Dangerous or the Star Citizen alpha. This is a shooter at its core. There are no complex ship systems to worry about, nor do you have nine billion keys to remember. It’s a matter of simple but effective space flight, which in a game like this makes perfect sense. It’s also actually a pleasant change to play a space game where it’s more about the action and rogue-like progression systems.

Progression is the key word here. The longer you survive jumping around the sector the more upgrades and supplies you can accrue, making the continuing journey easier. You’ll also need regular sources of fuel, because running out of fuel is never good in space. Unless you’re really into asphyxiation. You can attempt a jump with low fuel, but it severely damages the ship’s hull and systems which means more nano-bots need to be found to make necessary repairs. 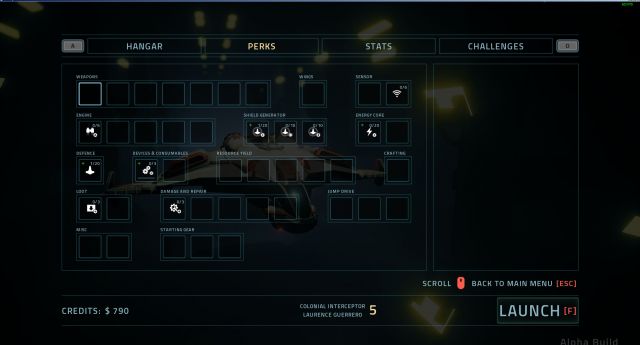 The upgrade and repair options are available at any point when flying around, but you need the necessary resources to actually do either of those things. Looking in odd places, like inside an asteroid, can reap rewards such as new weapons. Even if the zone you just jumped into looks empty at first glance, chances are there’s something there to be found.

The flight model is really smooth and the action can be played from inside the cockpit or in a third-person view. The cockpit has also been kept simple, which will really help when playing this in VR. There is early Oculus Rift support for Everspace, and hopefully Vive support won’t be far behind.

The icy asteroid belts and large planets of Everspace look fantastic, and there are some solid physics systems in there too; with asteroids moving in the direction you hit them with weapons. Out there in the depths of space, you feel rather alone and a little helpless. But at the same time it’s all rather vast and majestic, with some fantastic explosions to boot. 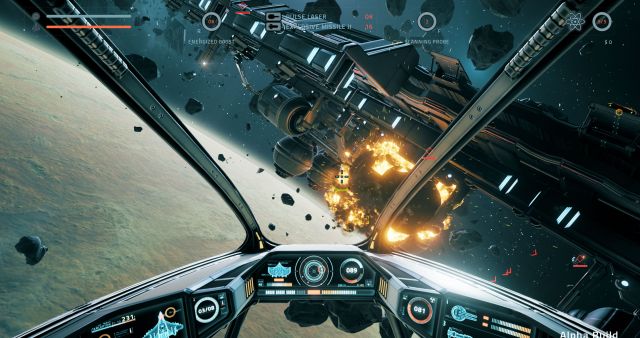 After a few attempts at making it out of the first Sector, I had accrued some quite serious damage after attacking a large capital ship. In Sector 2, I was a lot worse for wear. It only took one encounter to kill me off, returning me back to Sector 1 to try again.

Before starting out for the second time, I could now apply some Perks which give a few overall boosts for the next run. Think of it like an RPG skill tree where points can be allocated to change the build of the ship. Your space explorer may perish several times, but at least the acquired knowledge can be somewhat passed on to the next bold pilot.

It’s worth mentioning that at the moment the preferred control system is either a joypad or keyboard and mouse. It works very well with a keyboard and mouse combo, but it was a little tricky with a Steam controller which I found to be super sensitive in the game’s flight model. There’s no HOTAS support yet but we hope it will be added. 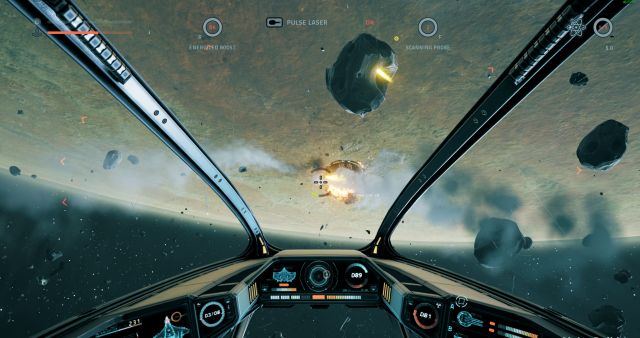 It’s the rogue-like gameplay that will keep players powering on with the challenge, and the sense of progression that stems from the partial retention of upgrades on a new start is working really well. It’s hard to say how the game will finally play out, as the story elements are not present in this alpha build, but I have been impressed with what Rockfish has released so far. This is definitely an intergalactic title to watch.

By Jason Rodriguez23 hours ago
Interviews

By Jason Rodriguez23 hours ago
Previews

By Jason Rodriguez24 hours ago
Previews

By Jason Rodriguez24 hours ago
Previews