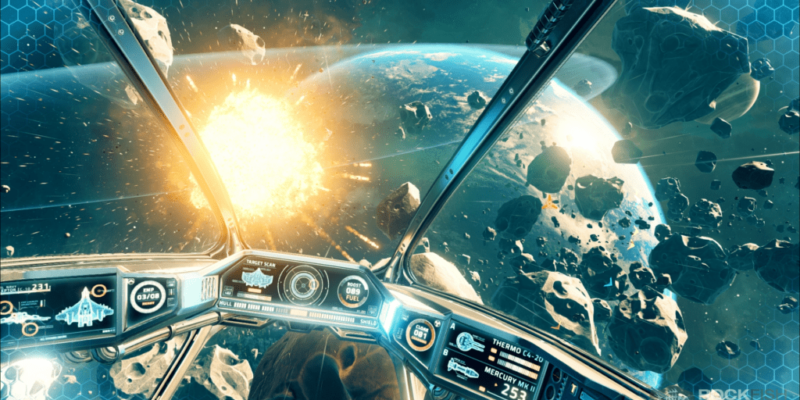 The space combat genre is having a revival at the moment and there’s a new title on the way from German indie developer Rockfish called Everspace.

Described as a having a unique non-linear story, Everspace is a rogue-like space action game at its core. Players will find themselves waking up on a battleship somewhere in the galaxy and are given a “mysterious command” to head to a specific location. As the adventure progresses player will need to discover the origins of their existence while taking on hostile forces in space comabt. Meanwhile in order to survive there will be the opportunity to gather fuel and raw materials to carry out ship upgrades. This will also not be your typical rogue-like experience, death does not mean your out the game. Instead it sounds like some of the upgrades will will stay intact.

“With Everspace, we want to build on our successes with the Galaxy on Fire series and let our 30 million GOF fans experience an even more intense, action-packed outer space adventure with a really exciting story,” says Michael Schade, founder and CEO of Rockfsh Games. “We consciously chose the PC as a platform, because there we can get the highest computing power for absolutely fantastic graphics and outstanding sound. For another thing, we are relying on players who are ready to pay once for high quality and then be able to play endlessly  and that business model simply works best on Steam.”

Rockfish are taking Everspace to Kickstarter to raise funds to finish the game on 6 August and all backers will also gain beta access prior to the game’s launch. A website has launched in preparation for further updates.

Everspace will finally release some time in second half of 2016.

Coffin Dodgers Has Seniors On Tricked Out Scooters