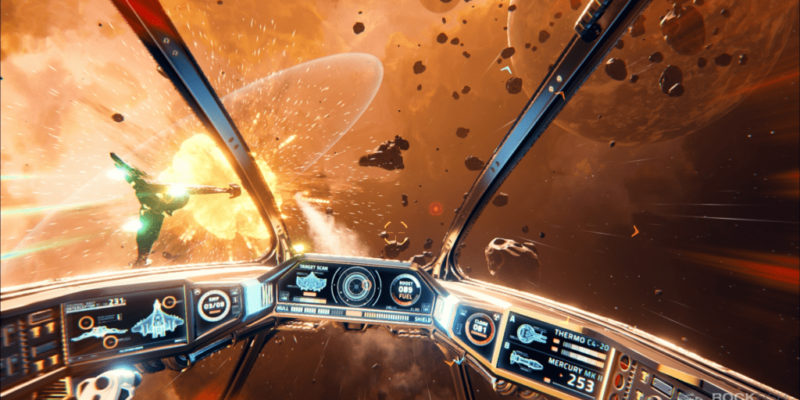 Everspace is one game we’re keeping a close eye on, and now that all the cash has been found we can relax a little. Not that it wasn’t going to be made, but still, nice to see a decent looking game actually get funded on Kickstarter for once instead of being ignored and I can’t wait to see how this looks in VR now that the team have received their Oculus DK2 dev kits this week.

With $225,000+ now in the bank and a week still to go, Rockfish are now focusing on their stretch goals with the first one having already been reached for a Linux and Mac port.

Ironically, the goal was reached following a push from Chris Roberts to the Star Citizen community who are obviously itching for some space action. Now at least Star Citizen backers will have a fully released space game to play once Everspace launches which will be before Star Citizen sees the light of day.

If you’ve not been following our updates on Everspace, this is rogue-like action space title with a few twists where even death can help you progress. Check our recent preview for more on the game and watch the new video.