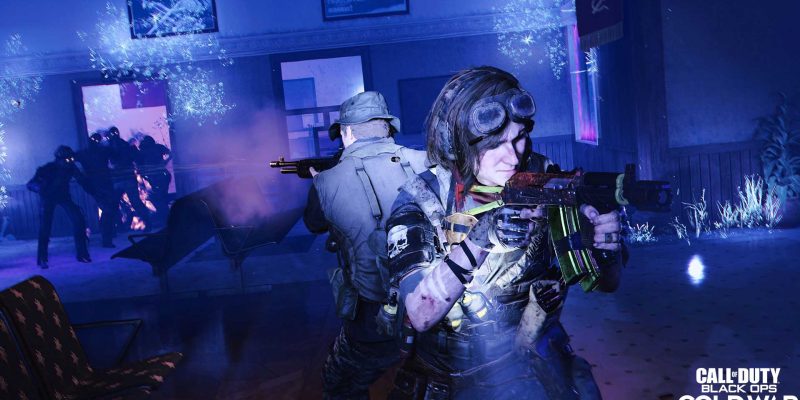 Just last week, there was a leak about a potential large-scale Zombies mode coming to Call of Duty: Black Ops Cold War Season Two. Activision officially confirmed it soon after, and the world was introduced to Outbreak. Rather than let the speculation go wild, the publisher has now dropped even more details about Outbreak ahead of its arrival in Call of Duty: Black Ops Cold War. Suffice to say, there is some predictable stuff, as well as some nice surprises.

Based on the trailer, there is going to be tons of explosions and gunfire going on. After all, the undead are hungry for your brains. That is the standard Call of Duty formula for the trailer. However, if you want the real meat, the official blog post has exactly what you are looking for.

Squad up, head out

When it comes to Outbreak mode in Call of Duty: Black Ops Cold War, it is all about completing objectives as a team. Squads of up to four Operators will move across the Ural Mountains to help Requiem in Operation Threshold. The mode wants players to explore and take risks. Of course, there will be plenty of zombies to kill and rewards to find along the way.

There will be two new Aetherium Crystal types added for Outbreak in the Refined and Flawless forms. These will allow permanent upgrades to player Weapon Classes, Field Upgrades, Perks, and Ammo Mods so that you can face off against the undying mobs.

You will definitely need that upgraded gear for Outbreak, as any of the five objectives can offer tough challenges. Fortunately, you can decide how you want to approach each situation, as there is not even a time limit. Considering that there are places to explore, rewards to be found in loot chests, random encounters, and even Trial Computers, the Ural Mountains are certainly full of surprises.

Ultimately, Outbreak in Call of Duty: Black Ops Cold War is going to boil down to the following missions:

Defend – The task is to claim a fully intact sample of the genetic code of the infected. That is not going to be easy, of course. Once you have the sample, you will need to study it with a special device while keeping it safe from harm. The location of the device will change, so your strategies will as well.

Escort – Requiem has managed to develop advanced rovers that can detect dimensional portals into the Dark Aether. Unfortunately, they are extremely fragile. Players will have to escort the rover and find a portal. Getting the rover to the portal in one piece is the priority here. 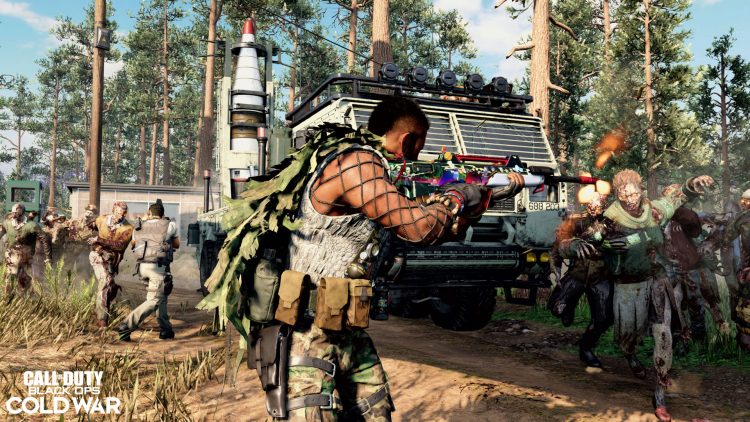 Retrieve – Within the Ural Mountains are two Aether harvesting units that have been working over time to grow Aetherium Crystals. These valuable products need to be extracted to a safe location swiftly, and you can do so with a nearby set of rockets. However, lugging these canisters of Aetherium Crystals will make you defenseless and slow. In exchange, you get a replacement Field Upgrade that can emit small bursts of Aether energy to knock down nearby zombies. The race is on.

Eliminate – High-value targets are roaming the area, and they need eliminating. Use a GPS satellite tracker to find these elite enemies and end them. However, players will have to balance the threats of advancing enemy waves and the targets themselves.

Holdout – Lastly, a massive Aether Crystal is going unstable, and needs to be destroyed. The caveat is that you have to do it from the inside the Dark Aether itself. Jump in, survive, and trigger the explosives. For those wishing to board up windows again, this particular investigation is for you.

Players can expect more types of missions to be added to Outbreak in Call of Duty: Black Ops Cold War over time.

After a successful investigation, you will need to head to a marked beacon somewhere in the region. Once more, you are free to take whichever path suits you and the team. Once this beacon is activated, several machines will spawn in. You can create new equipment at the Crafting Table, upgrade your weapons at the Arsenal, get a new Perk at the Der Wunderfizz, and take a gamble with the Pack-a-Punch Machine. 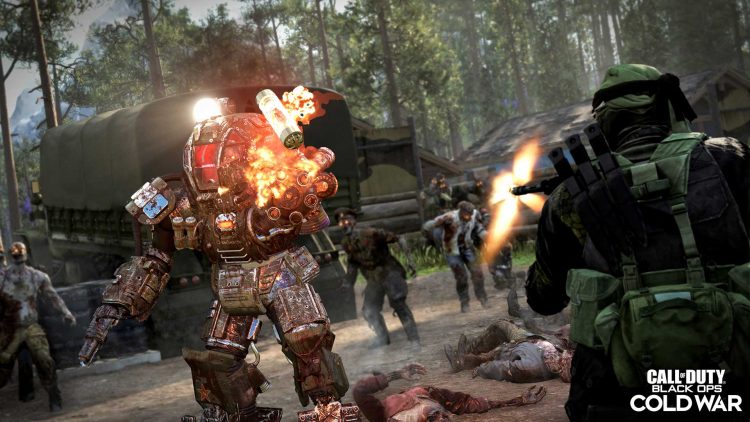 It is best that you use up all of your resources here to prepare yourself for what comes next.

Once more, Outbreak will present a choice. Do you exfiltrate and leave with your rewards, or attempt something riskier by going through a dimensional portal into a new region? The former will require you to hold off any hostiles for the exfil helicopter to land so that you can make your getaway.

For the latter, a more dangerous mission awaits. Your team will enter a new Outbreak region with more deadly odds. Each trip through the portal will increase the rewards, but also the danger of the horde.

By completing the main objectives as well as the other potential missions that pop up, you will walk away with some sweet rewards. Large XP rewards are a given, but there are also three types of Aetherium Crystals up for grabs. 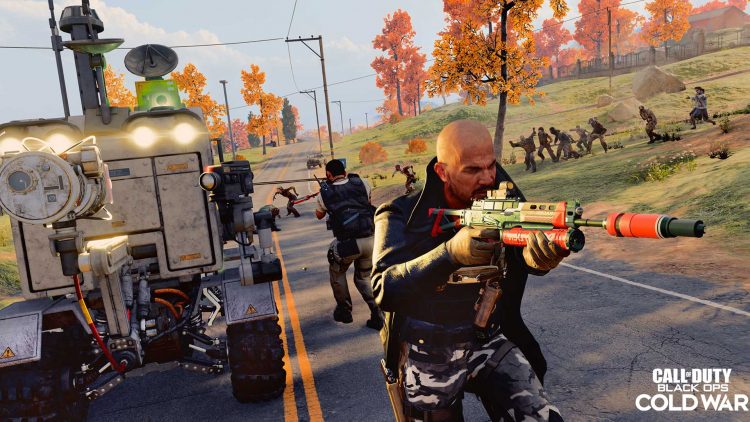 Finally, the Flawless Aetherium Crystals are incredibly powerful. Get your Skills to Tier V with the help of these treasures.

Activision and Treyarch are definitely looking to make Outbreak a mainstay in Call of Duty: Black Ops Cold War and the franchise as a whole. With so much information to get the community excited, the potential is definitely there. More information about Tiers IV and V for Skills will be shared later this week.

In the meantime, there is much to be done in the Ural Mountains. Get the team together and contain the Outbreak in Call of Duty: Black Ops Cold War on February 25.