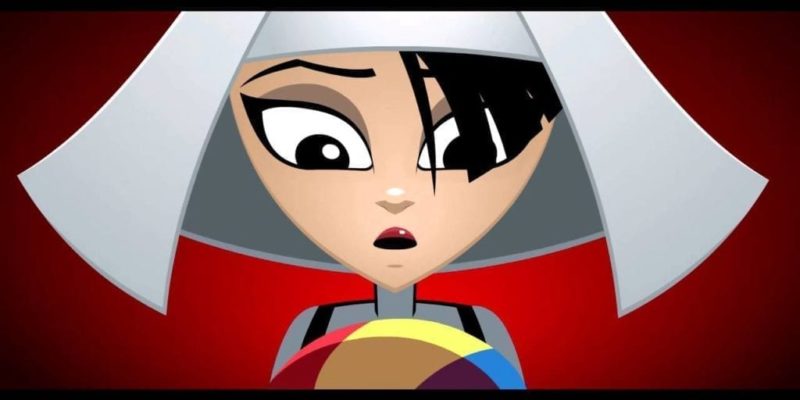 Frima Studio released Nun Attack Origins: Yuki’s Silent Quest, an action-packed puzzler for Android, with an iOS version coming soon. The first of a series, this prequel to the hit Nun Attack series explores the savage and stirring backstories of the Sisterhood of butt-kicking nuns. With intuitive touch-screen gameplay, the tactical puzzle game challenges players to use bladed war-fans with deadly precision on a quest to protect the innocent. Download Nun Attack Origins: Yuki’s Silent Quest today, just $1.99 via Google Play.

In the game, players take on the role of Yuki: Sister of Silence, mistress of stealth and  master of the feared Nun-jutsu discipline.  In this adventure, an ancient portal has opened, releasing an evil force that razed Yuki’s village and spirited away all the orphans. It’s up to pious and powerful Yuki to save the lost little ones and exact revenge.

Players will harness the forces of reason and reflexes to solve puzzles and strike down enemies from the shadows. Use one-touch controls to slide, slice and dice through 90 unique levels. Wield Yuki’s powerful Nun-jutsu to rescue over 200 missing orphans and rebuild the village.

Get back in the habit – download Nun Attack Origins: Yuki’s Silent Quest today on Google Play for only $1.99. Fear not: the game is also arriving on the iTunes App Store soon.