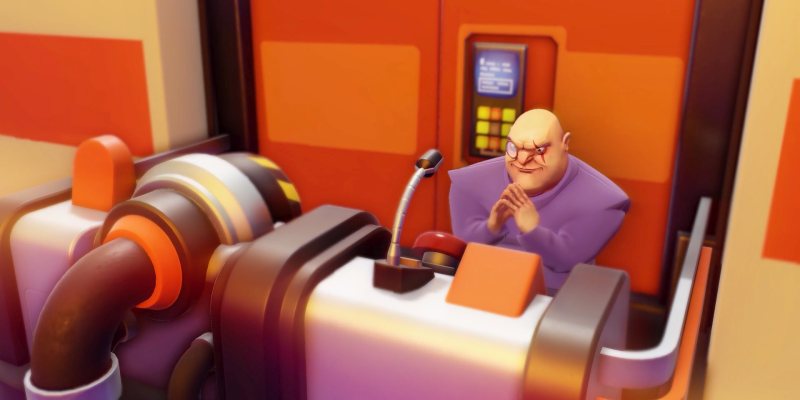 No Evil Genius is complete without a doomsday device.

Crossovers are fun, it’s true. They’re even fun when they don’t make the slightest lick of sense, such as throwing a recognizable team-based action character into a criminal mastermind simulator. And just that is happening today, as Evil Genius 2: World Domination has gotten two new packs, one of which includes the Pyro from Team Fortress 2. You can grab the Pyro Pack for free right now on Steam. It not only includes Pyro henchman, but a related recruitment side story and three loot items to keep you busy. Frankly, every good supervillain needs henchmen with flamethrowers, so it’s easy to get behind this. Pyro henchmen can not only start fires, but they can put some out too. How thoughtful.

In addition to the Pyro Pack, new paid DLC is also being made available in Evil Genius 2 today. The Rise of Valkyrie pack can be purchased on its own for $4.99 USD and is available as part of the season pass. In this DLC, players will be confronted with a series of missions where they disrupt the plans of a powerful opera singer. Upon doing so, she fights back alongside her trusted Valkyries. The opera singer’s name is Doomhilda, and playing through her side missions will allow you to recruit her to your side. As she’s an opera singer, her abilities tie into her voice and can hinder foes while helping allies.

Evil Genius 2 launched in March of this year and is currently sitting at a fairly rough 62% mixed on Steam. The game has received a steady flow of patches and new content, however, and new stuff will continue to trickle in for the foreseeable future. The game is currently on sale for 25% off on Steam and comes with a large number of evil machinations at the ready. I’ve always wanted a pointless volcano lair myself. But we can always dream.

Fall Guys welcomes you to the jungle for Season 5