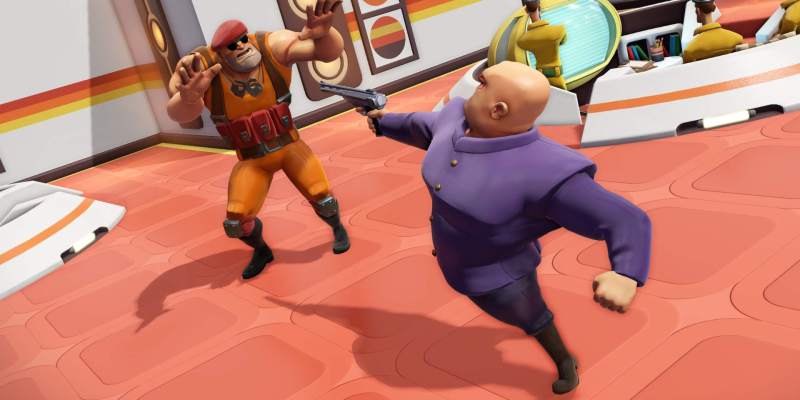 Becoming the ultimate supervillain generally takes three things: time, money, and minions. Preferably, plenty of each. This is certainly true of playing Evil Genius 2: World Domination, which is why I went with Maximilian for my first go, who is perhaps the best megalomaniac to play as when you’re starting out. He earns more gold than any of the other evil geniuses and starts with some extra minions to order around. Although I’m familiar with the first game, there are enough changes in the sequel to warrant taking it easy.

Watching your underground base being carved from the inside of a mountain for the first time is a thrilling process, and it’s been heavily streamlined from the previous game. Minions no longer have to carry individual briefcases full of gold bars from the helicopter pad to a treasure vault you have hidden deep within your lair. Now, gold bars just magically appear as money-making schemes are completed across a world map, which makes for considerably faster gameplay with no chance of the cash getting lost somewhere.

Making money is a bit of a balancing act. You have to build radio transmitters to establish a presence in each territory before you can pull off missions there, and not every territory offers equal rewards. Executing schemes also requires you to send out minions who will not return, which could leave you short-staffed until replacements are acquired. On top of all that, your presence automatically generates “heat” or suspicion in the territories while performing heists accelerates its accumulation. Picking up too much heat shuts the territory down for a period of time, and you’ll lose your minions if they’re in the middle of a scheme when it does. Not to mention, you’ll have the attention of The Forces of Justice, which will send agents to investigate your perfectly innocent-looking abandoned mountainside casino.

It might sound like a bit much, but I soon got the hang of things and started to gain a big infusion of cash by executing a handful of quick three-minute schemes and completing simple challenges such as executing presumably underperforming minions. I used that money to quickly build out my base, which is an easy and straightforward process. You simply select the kind of room you want, highlight the area you want excavated, drop some furniture inside the planned area, and hit confirm. Then your minions quickly get to work fulfilling the order. Things can get a little finicky if you change your mind about room placement later on, because you can only move one object at a time. Moving the power room to a larger area was a particularly time-consuming task since I had to move about ten generators that were feeding my vast base without causing temporary blackouts. 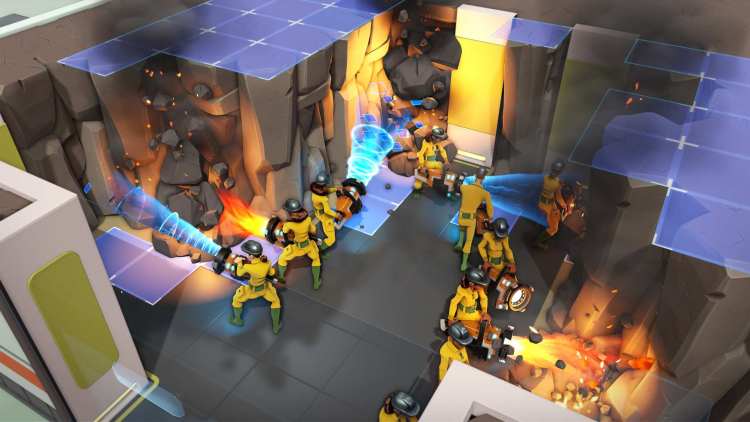 However, the quick influx of money also had a downside in that it was way too easy for me to get carried away with my base planning. For instance, I built massive rooms and hallways ready to be filled with equipment and traps. As expected, things started to fall apart rather quickly, and not even Max’s enhanced income was enough to support my grand, fast-growing base. Additionally, all the heat generated from those schemes caught the attention of multiple do-gooder organizations from around the world. Before I knew it, my expansive, but mostly bare hallways were being invaded by investigators. I had to put the whole base into lockdown. Even then, it took about half of my minions to fend them off.

Apparently, you need a cool head for planning to become a world conquering villain. Lesson learned. Fortunately, one of Max’s special abilities is to instantly train advanced minions, and that helped to replenish my forces.

Beyond building a perfectly diabolical lair, the goal of Evil Genius 2 is to construct a doomsday device to hold the world hostage with. But there’s plenty to do along the way, including kidnapping new minion types, hiring henchmen to help beat back the Forces of Justice, stealing national treasures, and provoking crime lords. 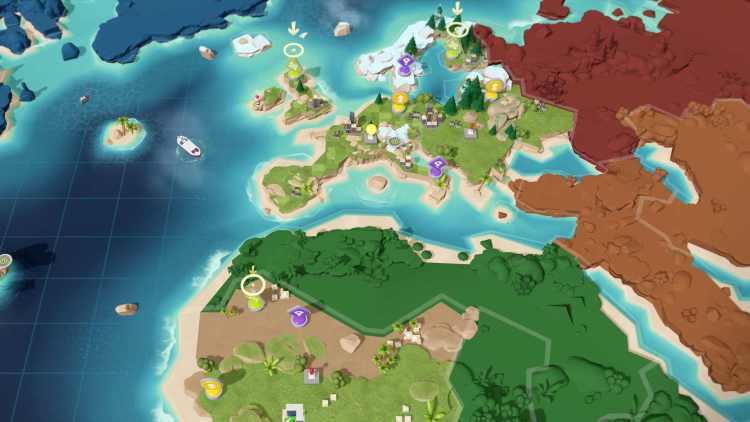 For kicks, I decided to pit my minions against an opponent who commanded an army of robots. Things quickly escalated when she became upset with me destroying her manufacturing plants. So, she retaliated by sending her robots to tear my base apart. Who knew robots blew up when you defeated them, setting your base ablaze? I also found out the hard way that I didn’t have nearly enough fire extinguishers to deal with an inferno and ended up losing most of my forces and a hallway to the attack. Luckily, both are replaceable.

In the meantime, I acquired enough materials to take my doomsday device for a spin. It was at that point that the game quirks really started to show. Nothing major, but the game failed to recognize that I had already built a campaign mission object before it was formally requested. The game can also be a little vague when it comes to instructions. For example, I had no idea how to test fire the machine. Selecting the device didn’t provide any options. Not even pushing the big red button on my evil conference table did anything. Eventually, I figured out that I had to bring my genius to the machine and have him interact with it.

Ending the world as we know it

Well, the test turned out to be a big failure, but that’s ok. Eventually, the doomsday device would grow to occupy all three floors of my mountain base. Until then, I had to keep building up my base and my forces until I was strong enough to take on the world’s super agents and bring down their pesky organizations. Plus, I wanted to drop a bunch of investigators into a stereotypically evil shark tank trap, and that requires a ton of research. So, I had to get my minions to work on doing that. Other players will have the same opportunity to rule the world when Evil Genius 2: World Domination releases March 31 on Steam.

The best no recoil Grau 5.56 build in Call of Duty: Warzone