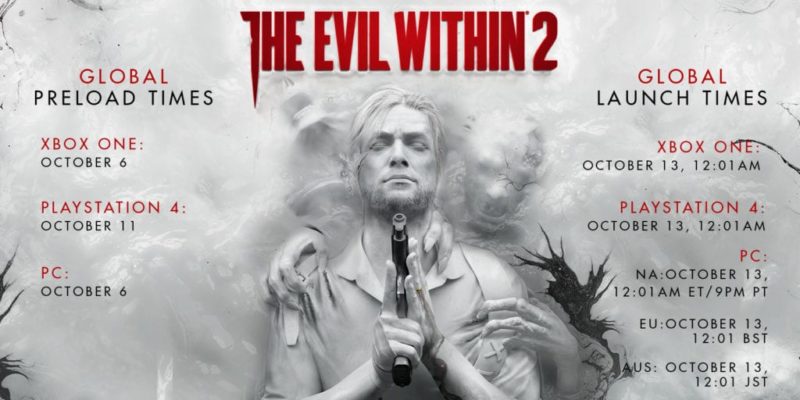 Bethesda have released a whole bunch of PC-specific information about The Evil Within 2, including system specs, settings and the launch time. If you pre-ordered the game, a PC preload is available right now on Steam. It’s around 25GB in size.

The Evil Within 2 launches on 13 October, at 12.01am US Eastern Time. That means it’s actually out on 12 October on the West coast of the US (at 9pm). Those in the UK and Europe will get it unlocked around 5am on the 13th. An image with the unlock times can be seen (and clicked for a larger version) at the bottom of this piece.

The post confirms an FOV slider for the PC version (a point of much contention in the first game). It’s not the widest, going from 45 to 90, but that top end is sure to be wider than the default. Here’s what Bethesda think you’ll need at Minimum and Recommended levels (though no indication of what resolution/FPS to expect for either of these, sadly). That’s followed by the Advanced Settings you’ll be able to play around with on PC.