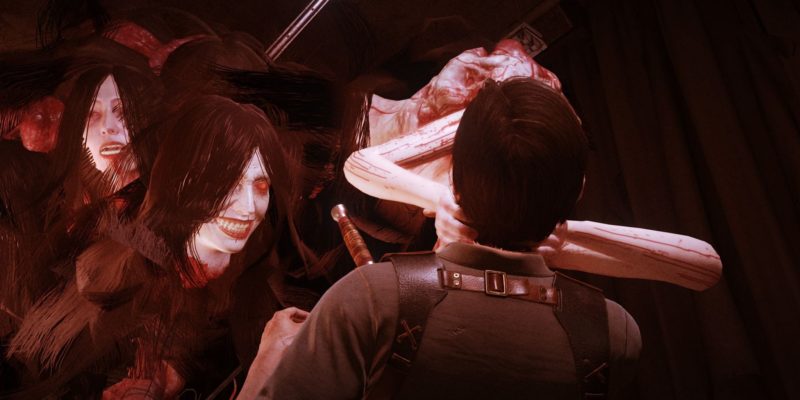 The Evil Within 2, the follow-up to Shinji Mikami’s not-as-good-as-I-hoped return to horror games, is about to be released. You know what that means: it’s time to have an in-depth look at it and see how it holds up on the Bestest Gaming Platform. Normally, I’d start off by going through the options and so on, but I’m going to break with tradition by showing two screenshots. The first is the game on Ultra, and the second is the game on Low. 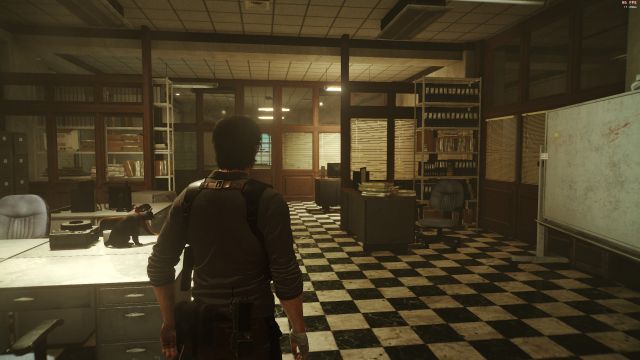 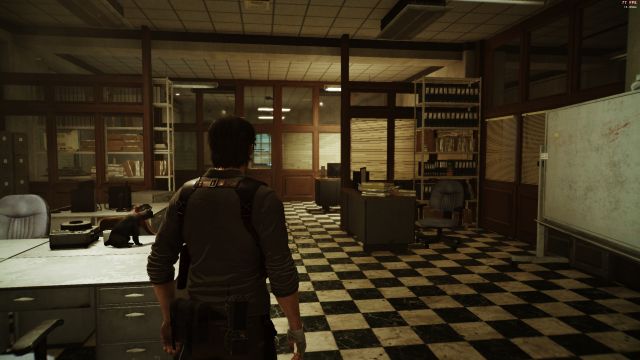 At least, I think I’ve labelled them correctly. As you can see, there’s not a huge visual difference between The Evil Within 2 on its highest and its lowest settings, with a lot of it coming down to effects – shadows, lighting, depth of field, anti-aliasing. I mean, I’d be okay with running this game on Low.

This is also why I’m slightly regretting writing about this on an i7-3820 with 16GB RAM and a GeForce GTX 1080 Ti. It’s very, very difficult for me to figure out exactly how scalable this game is, because I’m running it on a machine that can run basically anything, and the visual options aren’t as extensive as I’d like, so I can’t give a good estimate of how it’s going to run on a machine that’s less than ninja-tier. Let’s take a look at those options. 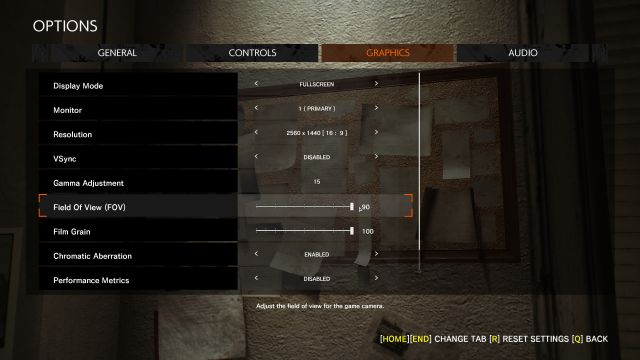 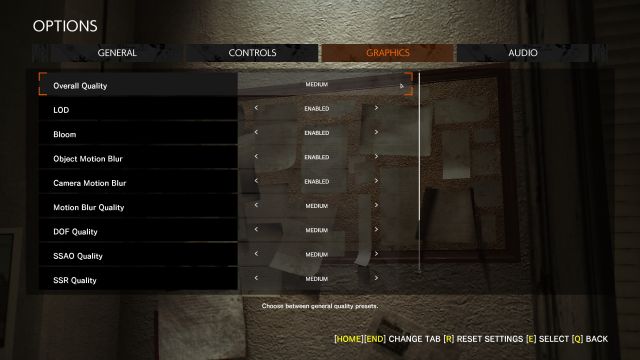 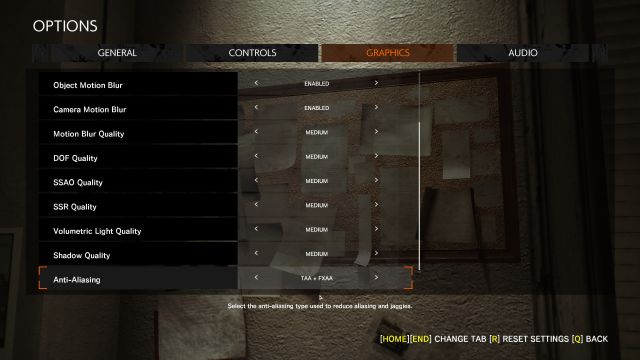 The first shot shows the basic options, while the latter two are the advanced options. As discerning PC gamers, you’ve probably noticed a few glaring omissions – like, say, texture quality, which doesn’t appear to exist at all. The advanced settings offer up various types of depth of field, LOD (how much the level of detail drops over distance), motion blur quality, and the like. Shadows, anti-aliasing, and LOD are likely the biggest performance hurdles here, although the quality of the various post-processing effects should have some sort of noticeable impact. And for what it’s worth, “Overall Quality” appears to just be presets for the options you can see.

Everything I’ve seen indicates that The Evil Within 2 is heavily built around a lot of these post-processing effects, so – although for preference I’d normally turn off motion blur and depth of field and other things that usually get on my tits – I’ve left them on here, because for once they feel like a crucial part of the “cinematic” “experience” rather than a me-too option to screw with your eyes. Screwing with your eyes and your brain is a pretty big part of this, after all.

A lot of games go a fair bit higher than the framerates I get here – Shadow of War, for instance, clips along on Ultra at a lovely 90FPS for me – but no matter what I do, The Evil Within 2 tends to stick around that 60 mark, occasionally popping up as high as 70 or 75 when there’s not much going on. But it’s a Mikami-esque nightmare trying to figure out if this is because the game simply isn’t very scalable, or if it’s because The Evil Within 2 is basically designed around 60FPS. Considering the first game was manually locked at 30FPS at launch, it wouldn’t surprise me overmuch. 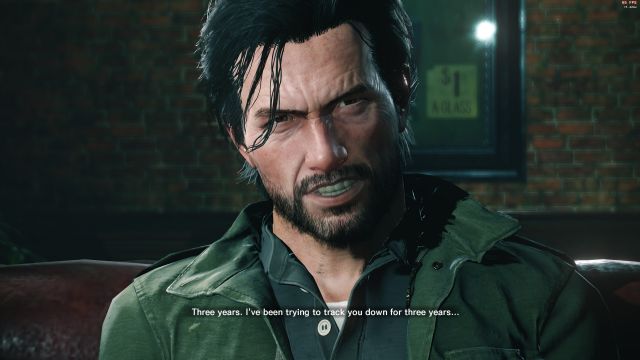 It looks really bloody good, though.

As implied, framerate across the two extremes is pretty similar. On Ultra, the game hangs around the 60FPS mark, with the lowest drop I’ve seen being a few momentary drops to 40FPS when spinning the camera rapidly around to something graphically intensive. I want to emphasise that this is momentary: the game catches up almost immediately, and without a framerate tracker on screen I probably wouldn’t have noticed it. On Low, the framerate mostly sticks around the 70-75 mark, with – again – a few momentary drops.

Naturally, some scenes – those in pitch darkness in particular – go up considerably higher, with the in-game appearance of the title screen showing up at around 100FPS. That’s a definite outlier, though. 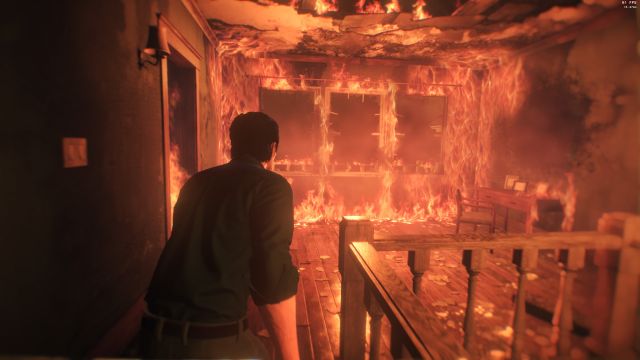 Conversely, scenes with more hefty effects – like this suburbian take on The Towering Inferno – see the framerate at its lower end.

It’s also possible that the game is targeted at 1080p display, and there’s some indication of this. There’s a gain of about 20FPS when running in 1920×1080 windowed on Ultra, which is fairly sizeable, although the difference between 60FPS and 80FPS isn’t really worth the resolution drop for me. Secondly, the loading screens look like this: 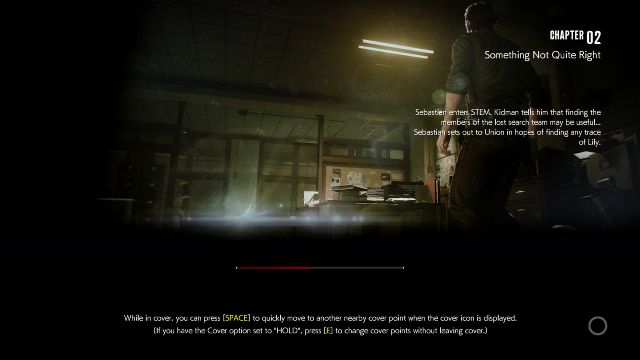 If you can’t see what I mean, that was taken at 2560×1440, but at that resolution the text is jagged and blurred. Either the loading screens (barring the actual loading icon) are rendered at a lower resolution and roughly upscaled, or the text is actually a “screenshot” which, again, is being forced to display at a higher resolution than it should be. It’s the first time I’ve ever seen anything quite like this, but it makes me wonder about the intended resolution.

Two more things I’d like to point out on those general options. First, Field of View, which is something that the original game sorely needed on PC. This is a very malleable Field of View, with the game often closing in on protagonist Sebastian Castellanos in particular gameplay sections, but for general play it feels just right at the maximum of 90. Secondly, performance metrics, which I’m not even going to pretend to understand. FPS is fairly simple, but the rest I can only really guess at. Input lag? Frame display times? CPU load? Uhh. Still, it’s nice to see these without dipping into the console. I approve of this option.

So… yeah, it’s hard for me to discuss how this is likely to run on a lower-than-optimal rig. The lack of variance I’m seeing worries me a little, though. Apparently, the minimum specs for the game are a GeForce 660, while recommended is a GTX 1060, which is a pretty hefty difference. I’m going to assume that the former is barely playable on Low at 640×480 (please note: I don’t know if The Evil Within 2 supports 640×480). 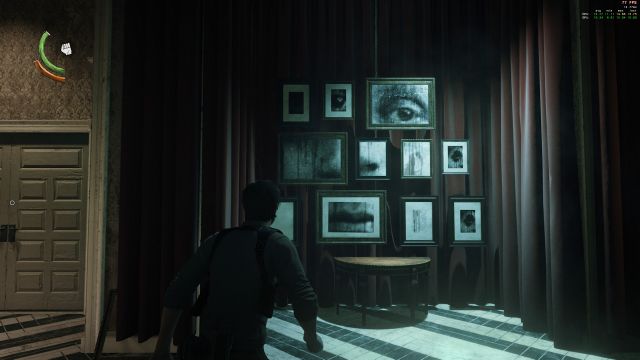 The early game, at least, pleasingly alternates between understated creepiness, and more extreme body horror and Terrible Things Chasing You.

Moving on from graphic settings and performance, I’ll note that the PC controls seem just fine based on the first two chapters of play. Everything is rebindable, and there are plenty of separate toggle/hold settings for things like sprint and crouch. There’s a nod to consoles in that the Arsenal Menu (read: weapon and item wheel) is, uh, a weapon and item wheel, but you can set weapons and items to keys 1-8 in this menu, so you don’t need to interrupt play to keep bringing it up unless you want to.

As for the game itself, I’m so far enjoying it more than I did the original. Graphically, it’s stunning, with great character models and wonderful lighting effects, and the art direction is unsettling and surreal. There are some neat tricks in the early stages that evoke more traditional horror titles; walking through a door, turning around as it slams shut, and opening it to find it leading into a different area. Considering the dreamlike nature of the world, this works rather well. Other sections of the opening are very reminiscent of the first game, and your first encounter with what I’m assuming will be the standard enemy type is almost pulled straight from Resident Evil 4. None of this is bad.

Mostly, I’m just hoping that The Evil Within 2 doesn’t fall apart like the first game did; in the later areas, that became more of a chore to play and the story became a lot more batshit and a lot less interesting. That’s beyond the scope of a tech review, alas, but right now the game has its creepy butcher hooks in me. 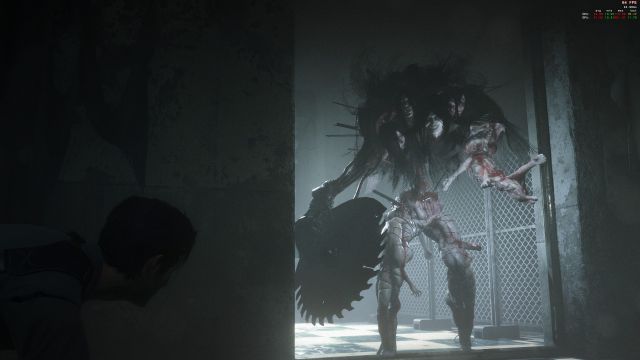 As for the PC version… a tentative thumbs up, I think. Barring the lack of some basic graphical settings like texture quality (unless that’s hidden away somewhere or is inside one of the other options, somehow) it’s got pretty much all of the options I’d desire. Settings for FOV, film grain, motion blur, chromatic aberration. Mouse and keyboard controls appear to work fine, and there are some definite and deliberate shifts for the PC version; the game asks if you want aim assist turned on, and points out that turning it on won’t actually do anything if you’re aiming with the mouse. In ways like that, this feels like a PC version rather than a PC port.

The only reason why my thumbs up is tentative is because of how unsure I am about the scalability. I’m not flying along at a constant 100FPS and the difference between Low and Ultra isn’t providing me with a massive framerate difference, and that gives me some cause for concern about performance on computers that can’t arm-wrestle a demigod. I’d imagine most mid-tier machines should be fine at 1080p on middling quality settings, but it might be worth holding out a few days to get some performance reports from those without a top-end graphics card.

Nonetheless, a vast improvement in quality from the first game. Looks good, has plenty of PC-specific options, and controls just fine on mouse and keyboard. Not much to complain about there at all, pleasingly.

By Michael Feghali4 hours ago
Reviews