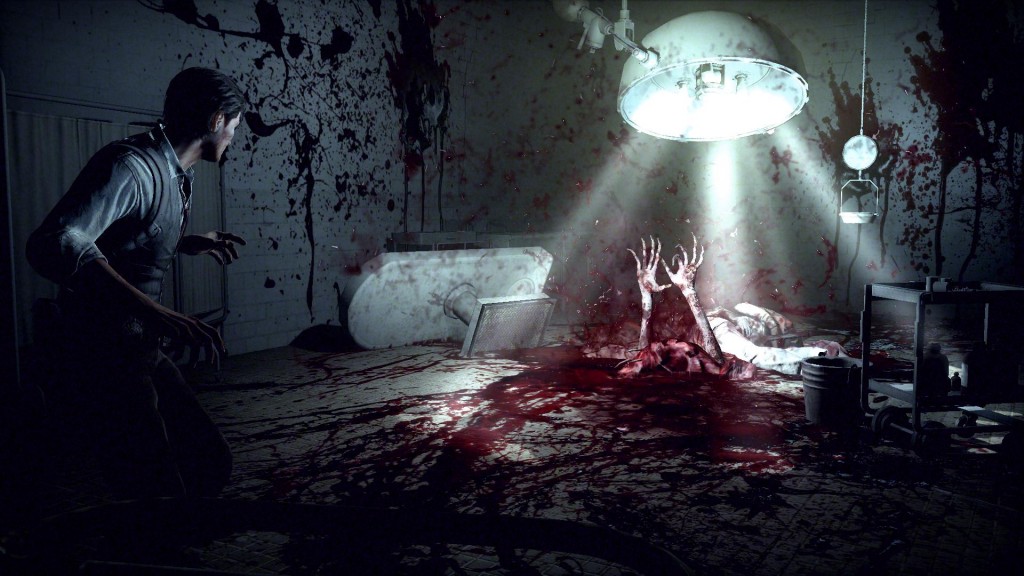 As evidenced by this screenshot, not everything you encounter will be totally ‘armless. HA.

Gasp! The horror! The Evil Within – the Shinji Mikami-led-but-Bethesda-published survival horror game – has been dated. It’ll be spooking its way onto your monitors on 26 August (or 29 August, in Europe).

The Evil Within casts you as Detective Sebastian Castellanos, knocked unconscious at the site of a mass murder and waking up in a hideous world full of monsters. It looks like it’ll be a bit of alright, but even if it didn’t, the Shinji Mikami involvement would probably be enough for me to give it the benefit of the doubt until I actually get to play it.

Also, I whole-heartedly approve of announcing this on 14 February. Thanks, Bethesda.