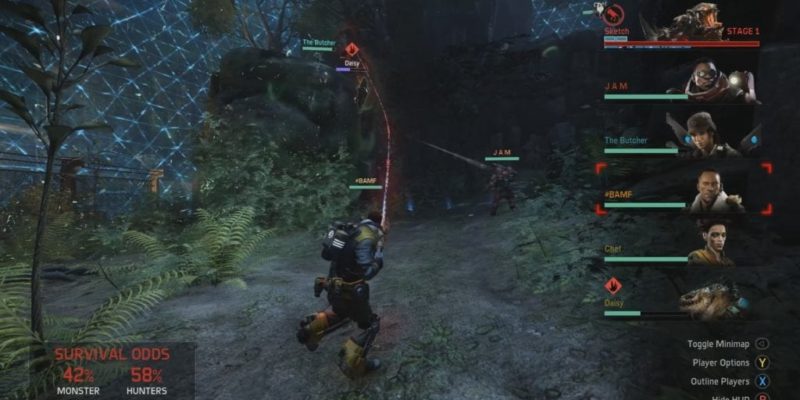 Jump between cameras and become a shoutcaster with this new free mode.

Turtle Rock are keen to push out more community features for Evolve, a game that has seen a reduction in players since the game launched. The update will be free and allow an extra player to join which will be ideal for streaming or commentating on games if that’s your thing.

The Observer will be able to hop between each player or the monster and the camera can be rotated around the selected target. A custom scalable HUD is also being added which which gives stats and information of each player in the match via small pictures and bars. Players can be outlined to make them easier to spot and a minimap can also be shown highlighting locations.

The last feature they want to shout about is the DaisyCam which allows you to follow Maggie’s pet Daisy.

Observer Mode looks quite useful, assuming you are still playing the game, but Evolve has seen a steady reduction in player numbers since it launched last month. Perhaps this will give it a shot in the arm and bring players back to the game?

The video below shows how it’s all going to function.

By Kevin Foley34 mins ago
Hardware