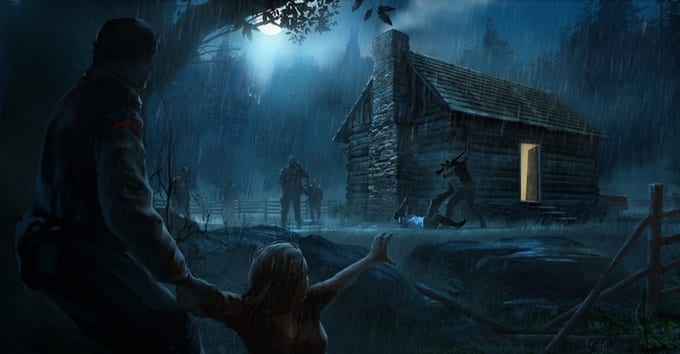 A new Kickstarter project created by ex-Blizzard devs has launched and this one’s for a new episodic action-adventure horror game called Broken.

Called Kollide Entertainment, the Broken team is being lead by Joeyray Hall who was at Blizzard for 23 years working on just about every game they’ve produced since the days of Silicon Synapse.

Broken is described as a third person action adventure series set in the year 2021. The game follows the story of a Navy Seal called Logan Kyle and his family who are faced with the end of the world thanks to a global biological weapon attack.

Games that have influenced Broken include The Last of US, the Half Life series and The Walking Dead games. With those in mind, Kollide say that the game is “100% story driven” and they are doing away with “repetitive puzzle-based level design, arbitrary collection artifacts, obscenely difficult enemy spawn encounters, and superfluous achievements”.

This is not your usual Kickstarter campaign however, Kollide are wanting to raise the money for the game’s pre-production.

“As we move into production our preference is to continue Broken as a crowdfunded game, keeping the game and company privately owned and our vision intact. However, we will consider other forms of funding as necessary.”

This Kickstarter campaign sounds a bit more realistic than most.

You can read more about their plans over on the Kickstarter page where there’s also some early concept work on show.

Need of Speed Most Wanted free on Origin