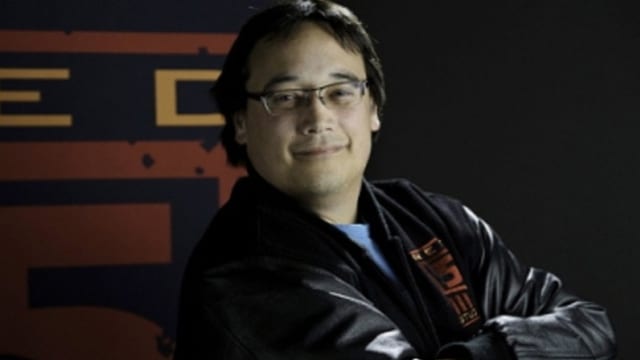 Last week the private vanilla World of Warcraft server Nostalrius closed its doors following legal action from Blizzard. Since the closure, old-school WoW fans have put their weight behind a petition to convince Blizzard that launching official legacy servers would be worth their while.

Over the weekend, ex-World of Warcraft developer Mark Kern joined the debate and got behind the petition stating that if it received enough support he would take it to Mike Morhaime.

We caught up with Mark to find out why he thinks Blizzard should be seriously looking at opening World of Warcraft legacy servers.

PC Invasion: It’s understandable that Blizzard wants private servers closed down, it’s always been their policy, so why do you think there’s been a push now for an older version of WoW.

Mark Kern: First, Blizzard has every legal right to shut down these servers, it’s true. They also have an interest in protecting their business, and I can’t fault them for that. But what I can say, is that I feel Blizzard could have handled the matter much better. In a time where gamers and developers can be so connected with each other in social media and the net, companies need to form strong communities and fandom. I would ask Blizzard to take a look at Nostalrius’s team and what they did out of pure passion, not greed, but passion, and find a way to acknowledge that. I think it’s possible, you can look at the way Valve treats fan projects and ends up hiring these teams and making great products with them. Valve channels gamer passion very well, and Blizzard could look to that as a potential model.

As for the demand, I think it’s always been there. 10 years is a long time for a game and for gamers, and as it stands today there is no way to play the original version of WoW or even TBC or WotLK versions of the mechanics. It’s like a whole new game. I think we’ve seen a huge number of gamers that are now saying “we want this, we want to experience this again.” Yes, it’s nostalgia, but its more than that…many veteran MMO players want to feel that challenge again, without the automation and the hand-holding. They want to feel that sense of accomplishment again when the modern version of WoW doesn’t give that to them. That’s what I’m hearing from WoW fans. 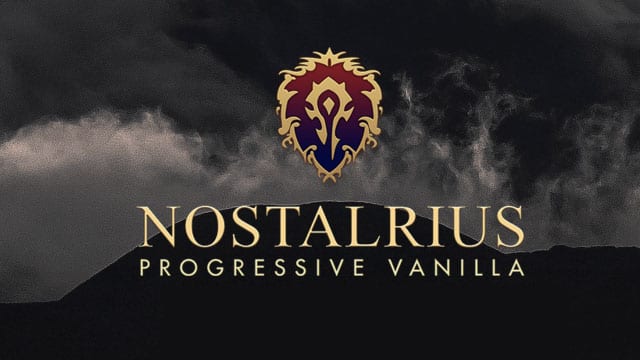 PCI: Do you think there will be enough support for vanilla servers from the community? There were 800K registered accounts on Nostalrius but only 150,000 active players.

MK: Let’s put that in perspective. When we planned World of Warcraft, we only expected 1M sold and 500k active. And yet..and yet that was enough to bet the whole company on making WoW. It was the most expensive game Blizzard had ever made, and a huge risk. And yet, we would have been happy with 1M accounts back then. So I don’t understand this talk about 850k account not being worthwhile. That’s bunk. And you know what? With Blizzard officially behind legacy servers, you would see far more than 1M account re-activations. If a relatively unknown private server can reach 850k, then think what putting the Blizzard name behind it could do…far, far more.

As for 150k active, my understanding is that was measured over a 10 day window. The industry standard for measuring active is 30 days. I bet the 30 day number is higher, but even at 150k, during vanilla WoW we only expected around 450k active subscribers, and it would have been a huge success. Nostalrius is not that far off from what would have been a home run for us at the time. Of course, we ended up doing much, much more than that, but I’m talking about what we would have been thrilled with in the beginning and been very profitable.

PCI: As you worked on WoW in the early days you will appreciate the amount of work it took to launch the game. Do you think that a petition and your support can make Blizzard change their mind? When Blizzard says “no” it usually means “no”.

MK: Blizzard is great at ignoring a bad intersection until somebody gets run over, then they are real good at putting up traffic lights. I always used to say this at Blizzard. Blizzard has a lot of strong thinking, but they also prize making the right decision for the game in the end. If it can be shown that gamers want this, really, really want this, then I’m sure Blizzard will do what it always has and respond strongly and positively.

I don’t know if we can change their minds with 200k petitioners and dozen of streamers who are pledging to re-stream legacy/progression servers to their millions of fans. I can only bring this to Blizzard, as a gaming ambassador of sorts, and say “Hey, you really should hear these gamers out.” But I know they would be throwing away a great opportunity to connect with their fan-base if they didn’t acknowledge it. Even if they said no, getting an official answer and response would be far more than they’ve done so far, and ultimately be great for them. Gamers will know that Blizzard is listening after all. But right now, this radio silence is killing their community and their brand. From a business perspective, surely they can appreciate that.

PCI: Legacy servers have done well for the likes of Jagex but how much work would this actually be for Blizzard? Thinking about hardware, support, BattleNet compatibility etc. Would it even be possible now the game has moved on?

MK: I’ve heard that legacy servers have done well for Jagex and that, like Blizzard, they initially resisted the call to do so. But in the end, it was a smart decision for them and it reinvigorated their fan base. I would take that as a good data point that says this would be a smart move on Blizzard’s part, to put up legacy or progression servers and get their older fan base back into the game. I know I would play, and my friends would play again.

As for hardware, I’ll say this…what took hundreds of thousands of dollars worth of gear to host the original WoW servers can now be done for far less. Server hardware is so much better now, storage is so much faster now. We have VMs and cloud servers that can be spun up and down on demand. The Nostralrius servers only cost a few hundred dollars a month to run. Bandwidth is so much cheaper. The hardware is not the issue. Support is not the issue. They have more GMs now than we ever planned for or need for vanilla WoW. They have better tools than when we launched, that’s not a real issue.

PCI: Based on say around 300K active users, what kind of infrastructure and support do you think Blizzard would need to provide? Would the cost just be too much to make it viable today?

MK: Again, I’ll say that we were only planning on 450k subs to make vanilla World of Warcraft a great success. So 300k? definitely worthwhile. We spent tens of millions betting on 450k subs, so why wouldn’t Blizzard agree to spending a few hundred thousand to prep the code and art and infrastructure to get 300k users back? Esp since I firmly believe that this will trigger a wave of returns to the game, including getting older players to play the new stuff. That’s what WoW needs, that’s what Blizzard needs to revitalize the game. It’s a no-brainer in my mind. It’s a great deal. Its an economic deal. It’s a community building, game-revitalizing deal. My advice is to jump into it with both feet. 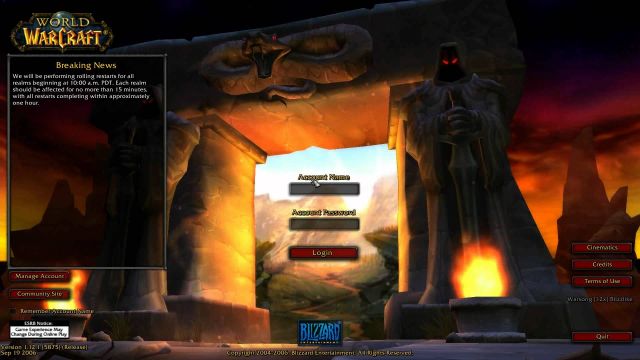 The good old days of logging in.

PCI: Why do you think there’s a hankering to play in the old world still? Is it purely nostalgia or something else?

MK: Part of it is nostalgia, definitely, but I think that’s simplifying and dismissing some real trends that have worked against the game. World of Warcraft players is tired of the trivialization of the game mechanics in WoW. The loss of any sense of achievement. I’ve been working with @sodapoppintv to build a list of top streamers that have pledged to come back and stream WoW again if Blizzard does legacy/progression servers. He just finished a stream where he got to level 100 in a day, and level 87 or so in just 4-6 hours. He did it to make a point. Where is the satisfaction in that? Where is the fun? It’s too late for Blizzard to radically change current WoW to recapture that, but they can bring back older versions that do satisfy that need. And that is what I think is really driving this, the combination of a) more meaningful leveling and progression mechanics and b) nostalgia for the old content and game systems.

PCI: WoW has been steadily losing subscribers over the years so how do you think they could monetise the vanilla servers? A special pricing sub perhaps?

MK: You don’t have to do anything fancy. Just make them available as part of the core subscription and watch the players come back. 1M, 2M…these players will not only play vanilla World of Warcraft , they will player WoD and Legion and all the new content. The knock-on effect or ripple effect would be huge. It really that simple.

PCI: There is concern that vanilla servers would fragment the community. What’s your thoughts on that?

MK: What community? Cross realm, flying, LFG/LFR and garrisons have already made it into a single player game. You never see anyone anymore and the people you meet are soon forgotten in your next group. Old servers had community, we worked really hard to make sure it was a social experience. Old servers would bring back community, bring back friends, and be a far “stickier” experience that will retain players longer, because social bonds are what keep people re-subbing and playing.

PCI: What’s your take on the World of Warcraft we see today on the live servers?

I don’t play WoW anymore, I haven’t really since WotLC and the beginning of Cat. But I can see the simplification and streamlining to reach a wider audience has cost Blizzard something. It’s cost them long term retention, put them into a content trap where the only thing worth playing is the just the latest expansion, and how that only last 3 weeks. I hear this from WoW fans everywhere I go. They all say the same thing, that they left WoW because of the way the game has been oversimplified. Now, there are millions that are playing now that do enjoy this streamlined experience, because we all have less time these days. But these veteran players, the ones who left, will only come back if the challenge is restored. Legacy/Progression servers are a good way to do that.

The World of Warcraft vanilla petition, which will be put forward to Blizzard, has almost reached its goal of 200K goal and Mark is encouraging any WoW players who would like to go back to the old world to get their name down. Mark can be reached via his Twitter account.

By Kevin Carignan21 hours ago
Interviews