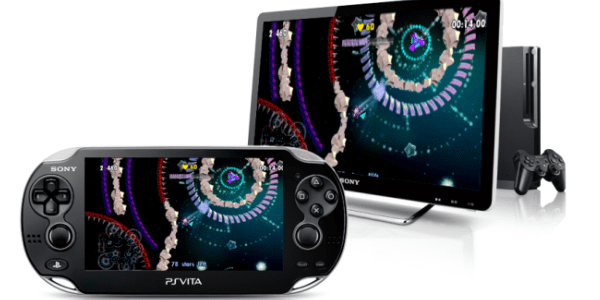 With E3 just under a month away, it’s time to get even more excited about the future of the gaming industry. With the Playstation Vita being out for a short while, we’ve only seen a glimpse of what this new platform has to offer. Together with the Playstation 3, Cross Play functionality is the Vita’s key feature to invigorate the console and handheld experience. The following is a list of Cross-Play innovations that I’m sure we’d all like to see in the very near future.

MLB: The Show recently introduced Cross Play game saves between the PS Vita and PS3. From this point forward this is a feature that should be standard for all sports titles that appear on both platforms. However, if that becomes the full extent of Cross Play interaction then we’re looking at wasted opportunities.

Anyone familiar with NFL 2K on Dreamcast will know that selecting plays on your controller is nothing new. What the Vita can offer is that feature but also the ability to modify routes/audibles on the Vita’s touchscreen before the snap on your PS3. To different degrees this can be implemented in all sport titles. Particularly when playing multiplayer and both users elect to alter coaching strategies. One user could use the Vita while the other uses the television to make adjustments. 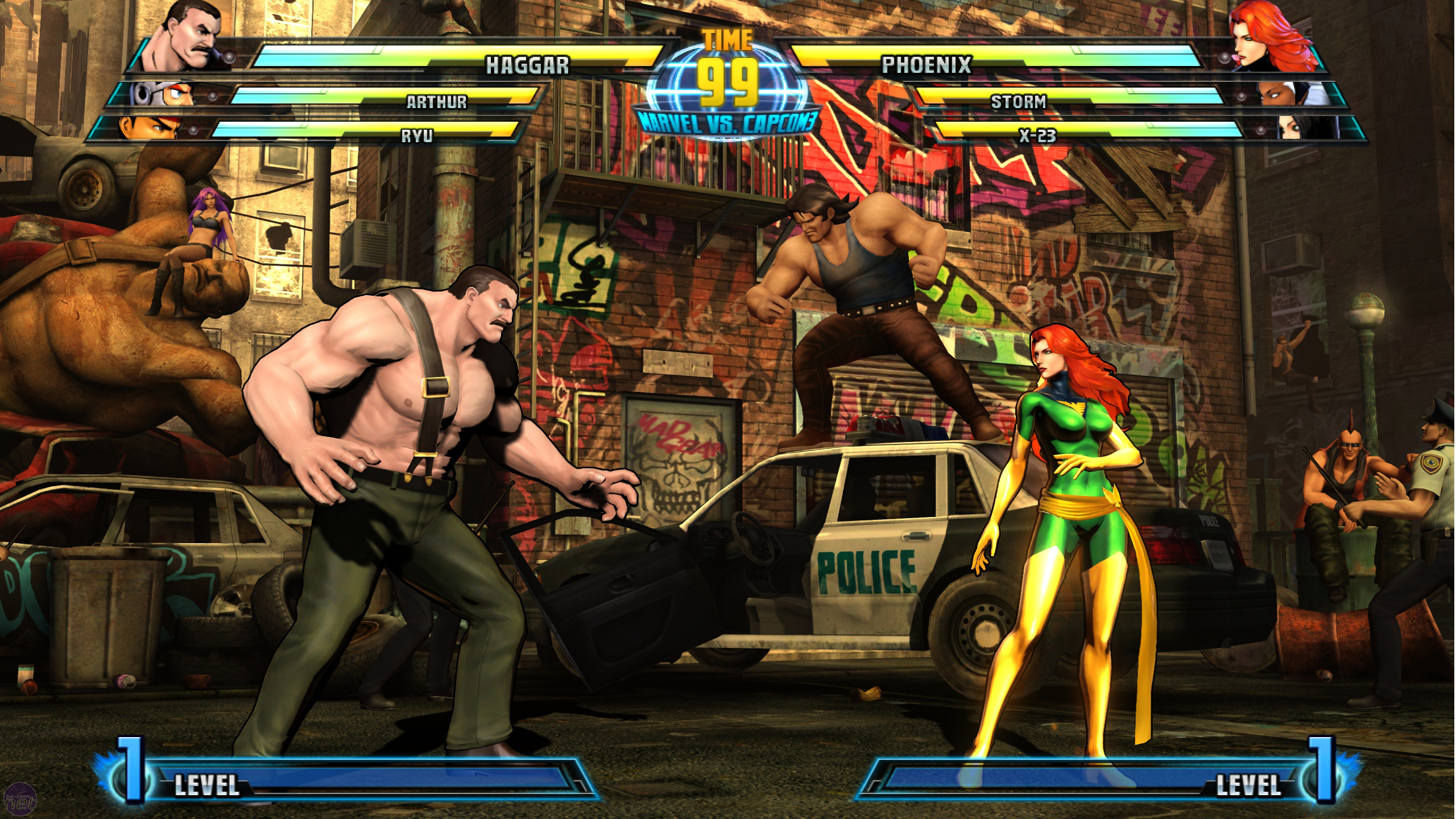 Marvel vs. Capcom 3 offered a unique way for gamers to cheat… er play by using the Vita as a controller while playing at home on the PS3. By assigning special moves to the touchscreen, a definite advantage is offered to anyone that owns both platforms along with two copies of MVC3. My issue with this feature is that anyone hardcore enough to own two copies of MVC3 will not ever need to use this simplified method of play.

A great idea would be that every fighting game released for the PS3 offer a free Vita companion app. Regardless if the same title will be offered on the Vita, a companion app could allow the Vita to be recognized as a controller or more usefully it can display special moves and techniques. Of course this information can be found within most games, manuals and online forums but the convenience of having it on the Vita should one day become commonplace.

Blockbuster titles like Uncharted and the Ratchet series have evolved and eventually offered multiplayer components but they’ve only scratched the surface. Split-screen is nice as well as allowing two players to share the same screen but it would be even nicer if one player focused on the television while the other(s) uses a Vita(s).

I know, I know! This isn’t an entirely new concept but it is something that first and third party developers should be looking into. Of course the deterrent for such a feature is the price of admission but if the gameplay experience proves to be exceptional then they will come. 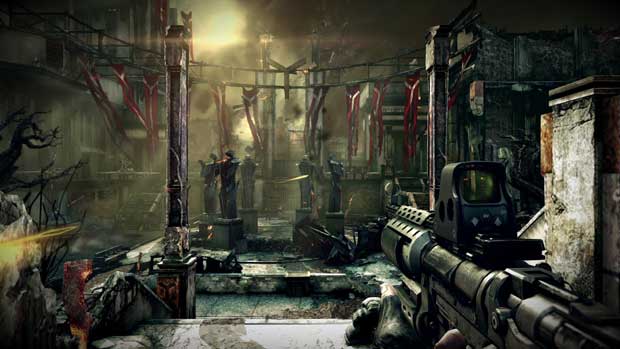 Just when we thought we’ve seen them all, out comes another FPS that…well doesn’t stray too far from the formula. If it’s anything developers know, it’s that gamers like to shoot things. If it isn’t broke why fix it right? Wrong! Variety is the spice of life and it’s only so long that we’ll tolerate Madden-esque yearly updates. Chances are that if a new IP were to emerge and significantly integrate Vita Cross Play, then the big dogs would be forced to take notice.

One of the best ways to make use of a Vita while playing on the big screen would have to be gadgets. There could be moments when you hijack camera feeds and view them on the Vita, control drones remotely or simply hack a touchscreen panel. Even cooler would be having a friend by your side to control your killstreaks so you never have to be taken away from the action.

I have to admit that this is very bad! As if you didn’t waste enough time at home playing Skyrim, imagine being able to perform some of those activities on the go. It may be just a matter of time before a full featured RPG lands on the Vita but that’s not the point of this post. How much cooler would Skyrim have been if Bethesda offered a free or reasonably priced companion app for the Vita?

Imagine making use of the loot you’ve collected while out and about, then once you got home just jumping right into your next quest. With your weapons and armor upgraded, your potions mixed and your new spells learned, nothing except for some dragons and talking dogs stand in your way to reaching your goal. The icing on the cake would be the ability to view your maps and inventory on the Vita without having to pause on the big screen. Sure you only have two hands but it would be nice to see that you’re going the right way or have a pal help you sort your loot on the fly. 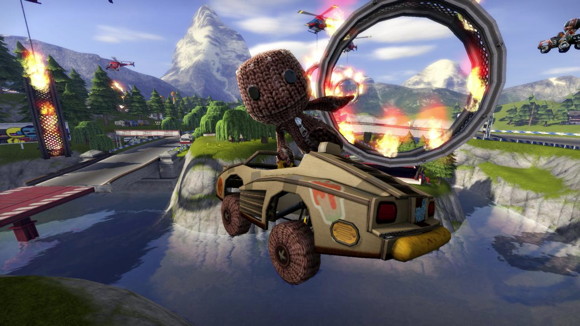 Titles that feature user created content have become a mainstay for Sony platforms. Already we’ve seen Modnation Racers: Road Trip take advantage of all the content created on the PS3 but why stop there? With Little Big Planet it’s a given but I can’t help but feel that this will be missed opportunity if more titles don’t find a way to take advantage.

We’ve seen a level of customization in every genre of gaming so it’s safe to say that it’s here to stay. With that being said, why not go all out? Why not use the Vita’s camera to take a picture of your own clothing for in game use? Why not take a picture of your artwork or your personal brand and create decals for video game vehicles? I can go on and on folks; we’re only limited by our imaginations.

There are some great and not so great open world titles but the grand daddy of them all is GTA. Some found the whole getting calls from friends in GTA IV to be annoying but I think it worked for the most part. If Rockstar or some other developer were to keep that design then they couldn’t go wrong by converting the Vita into a Cross Play cell phone. And not just a regular phone for calls and messages but a full featured Smartphone with apps, web and the whole shebang for when you’re away from your PS3. Cool huh!?

Then when you’re in your ride (back home on PS3) you can use the Vita to change radio stations, touchscreen GPS navigation and wherever else developers can think to integrate a touch interface. There are bound to be some good ways to implement the technology and some not-so good. Given time for refinement and fan feedback, many of these features can become standard.

The staff here at Gaming Enthusiast understands that it is the voice of the gaming community that drives innovation. Whether you do your talking by sending an email, tweet, comment or just letting your wallet do the talking, it’s important that you know you are being heard. Let’s get the ball rolling then! What’s a Cross Play feature you’d like to see in a future title? How would you expand upon some of the ideas we just covered? We’re eager to hear from you all!

The Secret World heads to Kingsmouth for a beta weekend