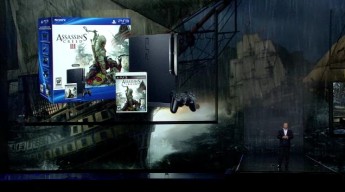 Assassin’s Creed 3 will be getting a hardware bundle on PS3, along with some exclusive DLC.

The latest from Sony’s E3 press conference is that, when Assassin’s Creed 3 launches on 30 October, it’ll launch alongside a bundle containing a PS3, a copy of the game, and some exclusive DLC. We’re assuming that’s exclusive as in “exclusive to the PS3” and not “exclusive to the bundle,” but as ever, details are currently few and far between.

We’ll update when we get the full specs and details of the contents.

PSOne classics, Google Plus and Crackle coming to PS Vita