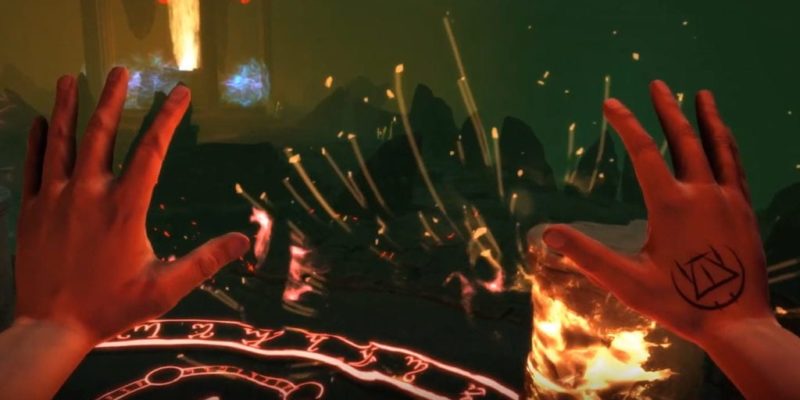 Do you remember that game Keep Talking and No One Explodes? It had a great premise. Keep Talking is a co-op game in which two players work together to disarm a bomb. One player can only see a bomb-disarming manual. The other had to listen closely to their ally’s instructions and disarm the bomb. It was tense and ridiculously fun. Developer Midnight Games is expanding upon that premise with Exorcise the Demons, a game where one player reads from a book of runes to assist another player in solving riddles.

Exorcise the Demons won’t have you standing still, however. Unlike Keep Talking, Exorcise the Demons is an adventure and puzzle-solving game, but apparently with fiery demons to tackle along your path. In the game, you’re an exorcist possessed by a woman’s soul. That’s the game’s co-op in a nutshell: one player acts, while the other assumes the mysterious voice in their head.

Together, you must escape from a “mysterious abyss.” While one player tackles puzzles, the other reads from the Book of Rituals. Your partner flips through its pages, finding keys and instructions on how to progress. It’s all about clear communication, obviously. But I doubt you will explode if you mess a ritual up. However, according to the press release, “the slightest mistake will test your friendship.” Wow, I hope no one actually does explode, but now I’m not so sure. 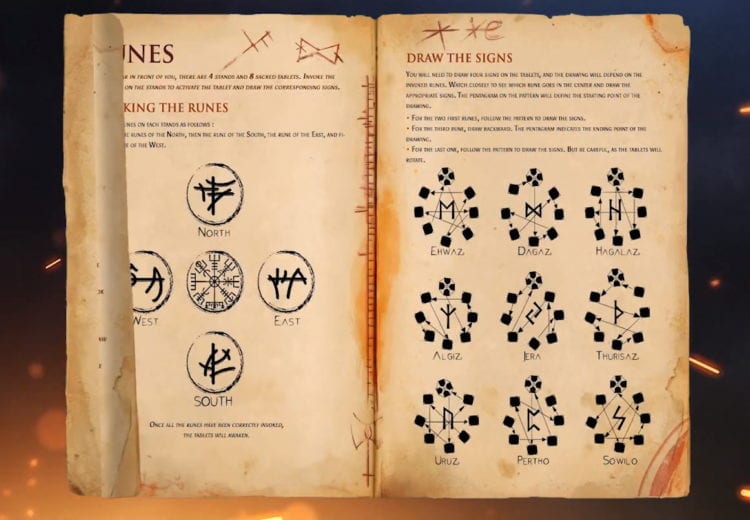 Keep talking and no one dies from demon attacks.

Exorcise the Demons promises to have a lot of neat hooks. For one, you only need one copy of the game to play co-op. Once you find your partner, you tackle 25 missions using a total of seven different, but randomized, rituals. There are artifacts to collect as well, which unlock hidden parts of the game such as character information and lore. Exorcise the Demons also has free DLC coming for it at a later date.

Exorcise the Demons will launch onto PC via Steam on Sept. 18.