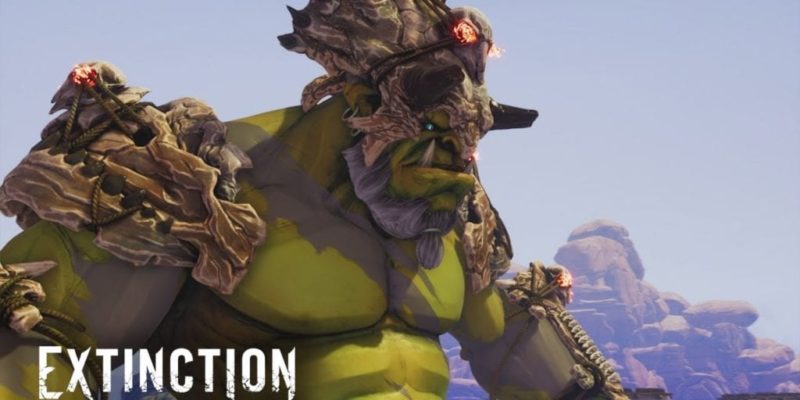 Next spring developer Iron Galaxy will release a new game called Extinction in which players take on the role of a warrior called Anvil. The world is being invaded by a giant alien race called the Ravenii, also know known as Ogres and players will have to try and save it.

Players are tasked with rescuing civilians while taking down the giant opponents in a campaign which will also include side missions. The game features skill-based combat and players will have to deftly move around these giants with their combat maneuvres.

In today’s latest video, Executive Producer Derek Neal explains how the skills work and it shows how players will use their abilities to attack these huge monsters. The game looks quite interesting so keep an eye out for that early next year and check the official website for more of the basics.

Vermintide releases Death on the Reik DLC, patch 1.10 out