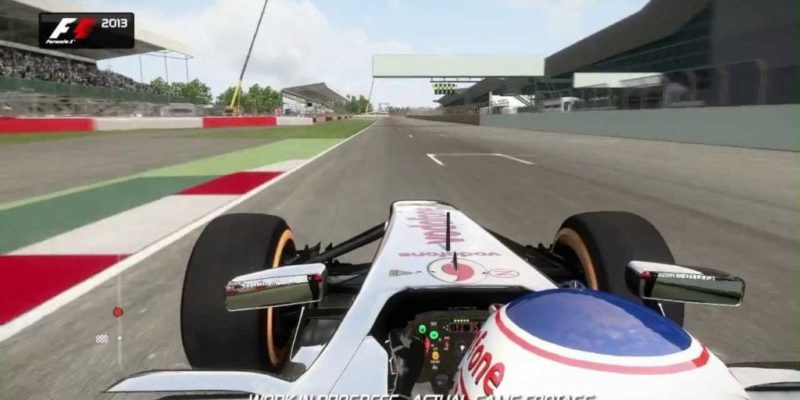 As expected, Codemasters has now revealed some details of this year’s F1 title which is due for release this autumn.

The racer will be available as two editions, the standard  F1 2013 and F1 2013: Classic Editions include content from the 1980s and 1990s with additional “classic” tracks and drivers F1 fans will know and love such as Mario Andretti, Nigel Mansell, Gerhard Berger, David Coulthard, Jacques Villeneuve, Eddie Irvine and Alain Prost . These classic packs will also be available as DLC some time after the game is released.

Just like every other year, this year’s version features all the drivers from the 2013 season along with the teams their affiliated to, but the feature that stands out is the addition of cars and drivers from yesteryear.

Information is a little thin on the ground right now regarding the new features for this season’s version, but a “range of game enhancements” are expected including split-screen/online multiplayer and new game modes.