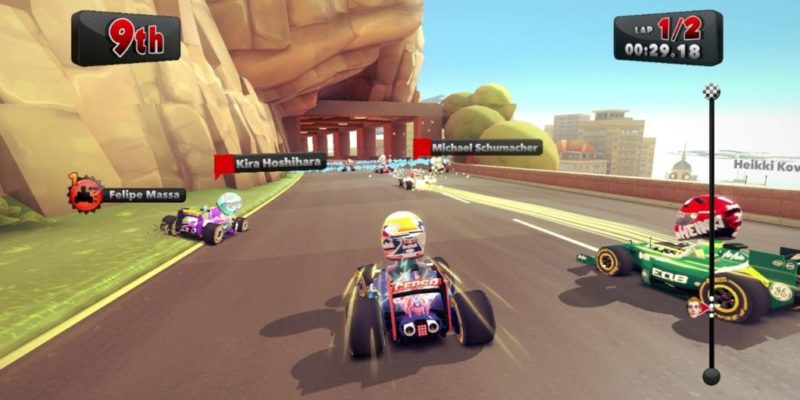 Codemasters will be releasing a demo for their arcade racer F1 Race Stars tomorrow on Steam.

The demo will feature four race drivers, Jenson Button, Fernando Alonso, Sebastian Vettel or Kimi Räikkönen as players race around the track utilising power-ups to slow down the other drivers.

The game releases next week, 16 November, and you can read our full review of the game on 13 November. There’s also a  new gameplay trailer on the official site from today.