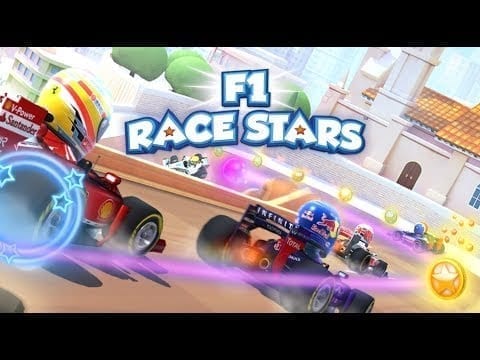 Gary Rowe, VP Digital Business, Codemasters, said “F1 Race Stars is a hugely exciting project for us. Combining our experience in delivering award-winning Formula 1 videogames with the next leap forward with our in-house technology, F1 Race Stars delivers racing fans of all ages the gameplay, visuals and content expected of a full console release, free-to-play on iOS.”

F1 Race Stars is fully optimised for Apple’s latest A7 chip powered devices, and is compatible with iOS game controllers. It is the first mobile title developed using the next generation of Codemasters’ proprietary EGO Game Technology Platform, which will span development from smart devices and the latest consoles to high-end PC titles.

“This is an all-new F1 Race Stars development for iOS. It retains the depth of a console experience, but has been designed from the ground up for portable play. The handling is easy to pick up and features a new powerslide mechanic for building boosts as you race around each of our fast and furious new circuits. The game is packed with content, including different race modes, power-ups and upgrades and the rich single player experience is complemented by local multiplayer modes,” said Chris Gray, Senior Producer, Codemasters. “By using our latest EGO technology, we’re able to deliver console-quality visuals on smart devices, including High Dynamic Range rendering with bloom, an extensive range of full screen post process effects, such as blur, anti-aliasing, dynamic weather, and much more. Basically, it looks amazing and is really impressive on a big screen thanks to its native TV out support, especially when played with a game controller.”

From Codemasters, the home of multi-million selling, award-winning Formula 1 videogames, F1 Race Stars is officially licensed to feature all the cars, teams and drivers from the 2013 Fia Formula One World Championship as never seen before on iOS. Players can take on over 40 super-charged tracks from 15 Formula 1 Grand Prix locations across the world. Each has been designed for quick-fire portable gaming and features jumps, shortcuts, and a range of awesome power-ups, including Wet Weather, Homing Bubbles, Safety Car and many more.

Using touch or tilt controls, handling is accessible, fast and fun – players can build boost by using a powerslide mechanic around corners and then slingshot up the track, use slipstream to haul in their rivals and race across boost pads to speed through the pack.

F1 Race Stars features a deep, content-rich single-player game, including five different game modes. Gamers can compete against Formula One drivers, including Sebastian Vettel, Lewis Hamilton and Fernando Alonso, or race as a fantasy driver – each with their own unique special abilities – including Robot, Ninja, Secret Agent and many more. Players can also collect and combine hundreds of upgrades to improve and customise their on-track performance. The single player game is further extended with local multiplayer racing available via Bluetooth for two-players and over WiFi for up to four players.

F1 Race Stars is available for free from the App Store on iPhone, iPad or iPod touch and is engineered to work with iPad 2 or later, iPhone 4 or later and iPod Touch (5th Generation).