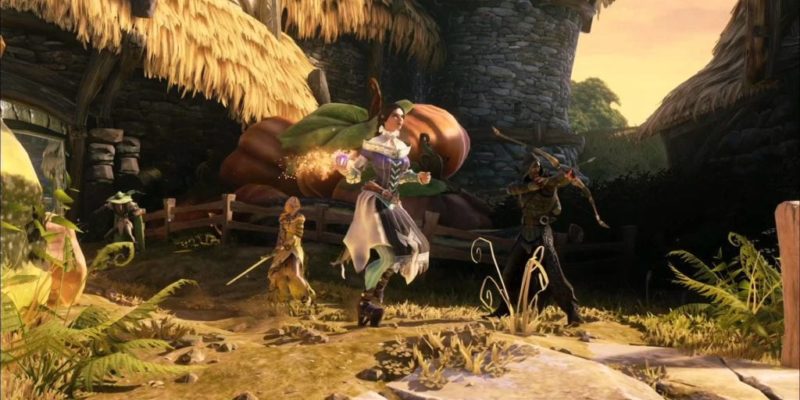 A new Fable Legends trailer has been released, with someone that I strongly suspect to be Lena Headey/Cersei Lannister offering a slightly creepy voiceover narration.

Fable Legends is the forthcoming 4v1 free-to-play Fable game. On PC it’s exclusive to Windows 10, but it features full cross-play with the Xbox One version, and anything you purchase or unlock on one version will also unlock on the other.

Four players cooperate as heroes trying to make it through a potentially lethal quest, while the remaining player takes the role of the villain, organising the monsters and traps those heroes will face by playing… well, something that’s a lot like an RTS. It’s an interesting idea, though perhaps not the best fit for the Fable license.

Still, the fact that it’s free-to-play does at least mean that there’ll be no barrier to entry. Whether it’s good or not, it won’t cost anything to try – as long as you have either Windows 10 or an Xbox One.

It also looks pretty bloody lovely, as you can see in the trailer below.