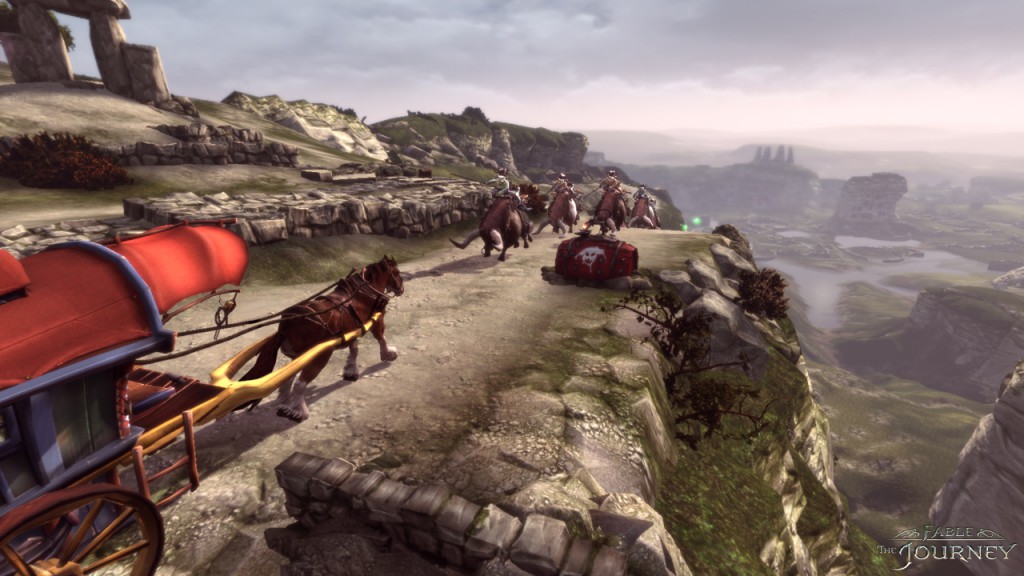 Lionhead are working hard to laid rest to the idea that Fable: The Journey is a casual, throwaway Kinect title. Speaking at last week’s Develop conference, Lionhead’s creative director Gary Carr (the man that has taken Peter Molyneux’s old job) said that The Journey is the biggest Fable game yet and that first-time players will take around 30 hours to complete it.

“We realised [after E3 2011] that people didn’t think that we were building a long-form game,” said Carr. “This is the biggest Fable game we’ve ever made by far, you travel around on horseback most of the time and they go pretty fast. If your racing 30 miles through the world, you’ve got to build a lot of world.

“It’s three-times the size of the last Fable we made and it’s a beautifully rick game. I play this game every two days, it’s my job now to play it and feedback on it. Now I know what I’m doing it takes me about 15 hours to complete, so it’s a very lengthy experience.”

Carr went on to say that if you’re playing for the first time then a complete playthrough will take you about 30 hours, before explaining that it has been a difficult job to convince players that this is another Fable game rather than a ‘Kinect Fable game’. Kinect just happens to be the input device this time around, but the game is still very much Fable, he said.

Valve to release Steam on Linux