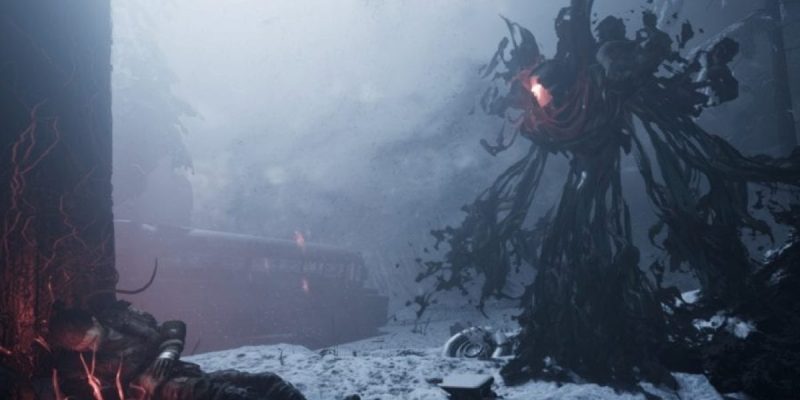 Fade to Silence is a survival game set in a harsh, snow-covered landscape. Catastrophe has struck the world, turning once pristine forests and fields into a bleak and barren place. Still, all is not lost. You play as a survivor named Ash who, along with his daughter, is trying to rebuild a new life.

Along the way, a phantom known as the Inner Voice mocks and chides you for your attempted efforts to reclaim what was lost. The world is dead, and Eldritch creatures feast upon its remains. This wasteland also has many perils such as blizzards, snow tornados, and even falling cars dropped by a floating structure known as The Eclipse. It’s like Game of Thrones’ Lands of Always Winter with a modern-day/post-apocalyptic twist.

The question is if it’s any good. We’ll answer that in this official review. Note that we also have a technical review that goes in-depth regarding Fade to Silence’s graphics, performance, and settings. If you’re looking for help, check our tips page. 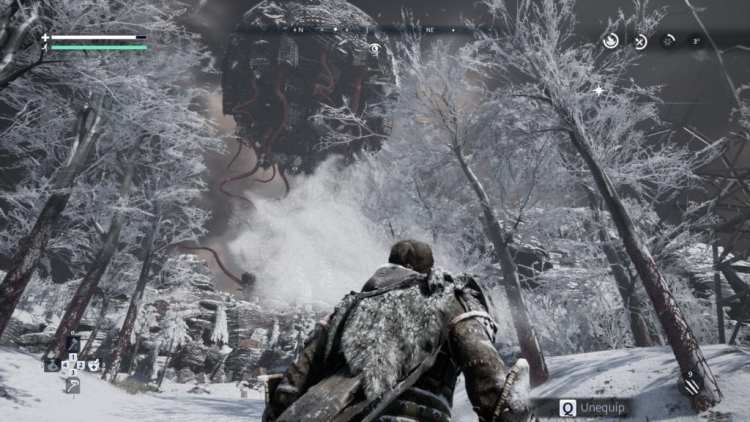 What the hell am I seeing?

Survival Of The Bleakest

Fade to Silence offers you two choices when you start a game. There’s Exploration Mode which makes the game a lot easier and Survival Mode. I picked the latter for this review.

Survival Mode provides only a handful of lives, limited resources, and deadlier monsters. You have three lives when you begin, known as Flames of Hope. Think of these as your “continues” — you lose them all and you die permanently. On your next game, you can retain the perks (boons and blessings) from your previous playthrough.

Given that Survival Mode only offered a handful of resources, I had to find more in the wilderness. The primary resources for survival are firewood and meat — one to keep you warm, the other to fill your belly. Both the extreme cold and starvation will have a significant effect on your health pool, requiring potions or resting to keep you alive. Other resources include ores (for item upgrades), herbs (potions and food), and shards (miscellaneous crafting). 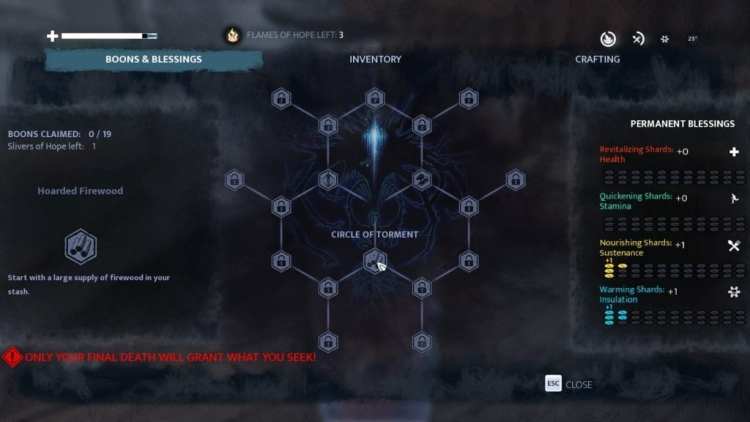 To be fair, I barely bothered with this screen since I haven’t used up all my lives.

Home Is Where Your Hearth Is

Once you’ve unlocked your refuge or base early in your playthrough, you can start gathering resources to fill up your stash. Additionally, it’s possible to construct production buildings, huts, and defenses to beef up your base. To do that, Ash needs to find more followers.

Each companion has their own specialties, and you’ll find them in various points of interest on the map where an event is taking place. Additionally, they can also be brought as extra muscle in expeditions. Expeditions are also a means to invite a friend for co-op as they’ll take control of that companion. Sadly, I wasn’t able to try this feature of the game.

In any case, followers assigned to your camp can construct and repair structures. Likewise, you could have them craft additional items or gear depending on their specialties. Apart from the above, you can also send them out to gather wood, meat, or ore from the locations you control on the map. 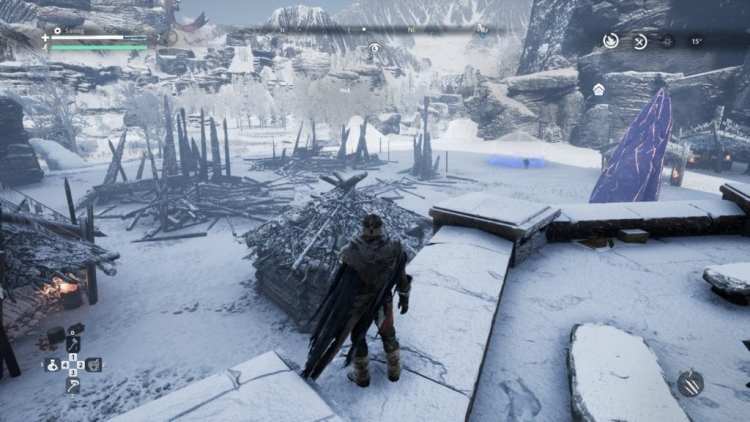 Your refuge/camp is slowly growing.

Say No To Snow

Developer Black Forest Games is quite ambitious. They’ve incorporated base-building, crafting, and a companion system while combining it with the survival mechanics in Fade to Silence. The downside is how clunky everything seems to be.

For instance, companions end up consuming too much food and firewood. The game explains this as daily maintenance even though the player might not even use up that much. Assigning them to a specific task is all well and good until the camp gets attacked or everyone’s seeking shelter from a blizzard. When that moment’s done, there’s a good chance that you’ll need to reassign them again.

In other cases, when you have them do repairs, the game might say that it’s done in an hour. You then rest in your hut for more than an hour, and, once you come back, you realize that construction hasn’t finished. Sometimes they might take a rest even though their exhaustion levels are fairly low.

Since Fade to Silence doesn’t have an in-game clock showing you the time, you’re just left wondering and waiting. It doesn’t help matters that your relationships with followers are shallow dialogue choices, and their lip movements don’t even sync with the voice acting. 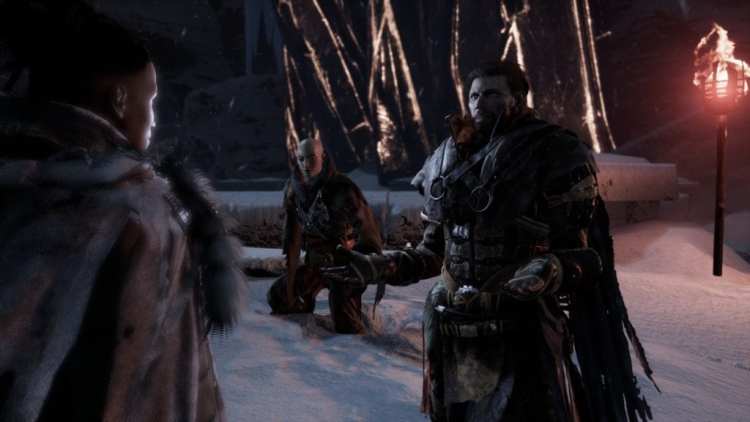 You’ll have a heart-to-heart talk with your followers at times, but the decision-making process seems moot.

Fade to Silence can be challenging for the uninitiated such as my case when I started. Within the first hour, though, I had a clear understanding of the mechanics.

Even in Survival Mode, I realized how easy it was to streamline the process. Got multiple companions? Grab a sled and cap multiple gathering locations. Assign them to followers, let them do their thing automatically, and make changes when needed (which, as mentioned, happens frequently). Alternatively, just beeline for all the outposts for some extra resources. 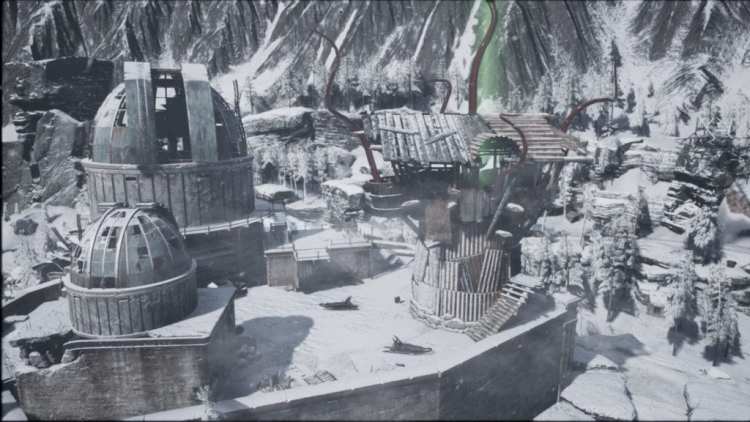 Cleansing outposts (mashing a single button for nests and crystals) not only give lots of resources, but this also reveals every point of interest in that zone.

Combat also becomes rote and bland, with that clunkiness being present. Fade to Silence only has a handful of enemies. Some have upgraded versions — different coloring, same function.

There’s less of the perfectly timed, skill-based dodging and parrying to go around, and more of the “I’ll just use the same attacks I’ve been doing the entire time” routine. I found myself just using my bow (and my axe!) along with the same old tactics that feel as though I’m cheesing each fight. 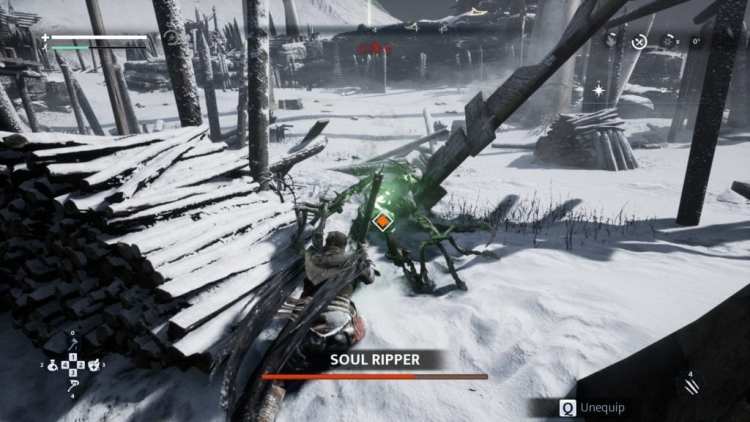 This mob is “move backwards then right-click for a strong attack once you have stamina.”

Another factor worth mentioning in this section would be the bugs and glitches: 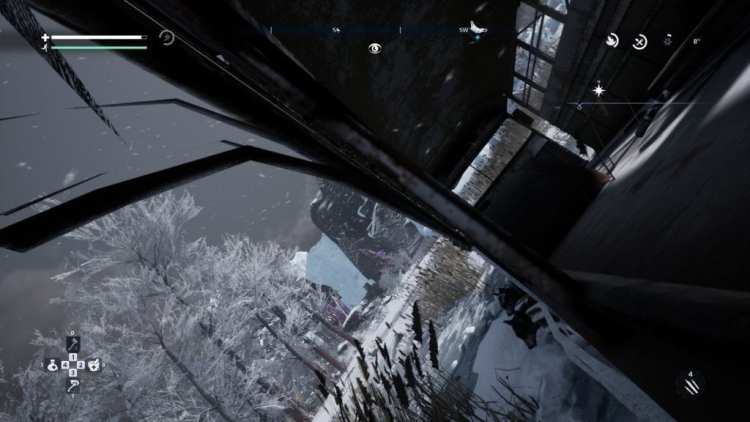 No, the game did not magically turn into an FPS. You just got stuck in textures instead.

Graphically, Fade to Silence is impressive. As mentioned in our technical review, the visuals are stunning, giving you a sense of unparalleled hopelessness and misery as you strive to make it home or to a nearby shelter. Fade to Silence manages to capture the essence of living in a post-apocalyptic world where both Mother Nature’s elements and evil itself are out to get you.

Unfortunately, it can be a little too demanding as well. Add the bugs, glitches, and crashes, and it’s like the game itself is adding another layer of challenges. Considering that the game saves your progress often, experiencing these issues in the middle of your supply run can be frustrating. 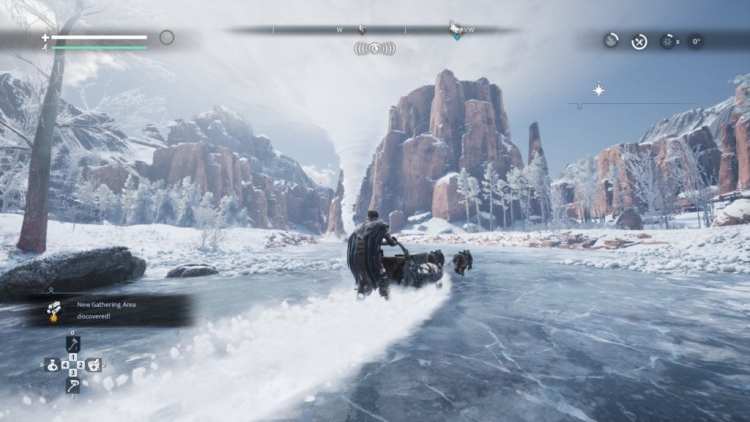 With very little in the way of choice between very easy and “why are my followers eating everything,” you also have no means of tailoring the player experience, something that other survival sim games have managed to do.

It’s a shame given that Fade to Silence has limitless potential to be a classic. With the setting and theme, you can consider it a more action-oriented Frostpunk or The Long Dark. Too bad it lacks the charm that both those games have. Much like Game of Thrones, “Winter has come” in Fade to Silence. Winter also left since the game might need more patches down the road.

Stunning visuals and survival mechanics shine in Fade to Silence. Unfortunately, companion management, bugs, crashes, and uninspiring combat lead to an experience that you just want to fade away.