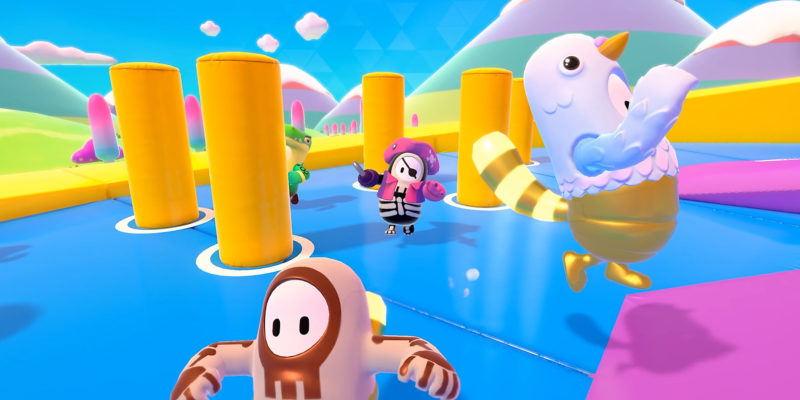 It has been around three weeks since Fall Guys was launched. Cheating in Fall Guys has been an issue since the game was released. The last thing you want amongst all the chaos that is created in Fall Guys is a hacker. Spotting a player that is running faster than anybody else, or simply flying above you and making it to the finish line can be very frustrating. Mediatonic has made combating cheaters a priority since the release of Fall Guys. However, some players are arguing that little progress has been made due to players still encountering them regularly. Now, it has been announced that cheaters will be booted from a match before they finish their game.

The Fall Guys official Twitter page outlined this next step to combat cheaters. In the tweet, it is emphasised that combating cheaters is a top priority and more immediate action will be taken soon. Also, detecting a cheater does not mean that players have to report them manually. Instead, they will be automatically detected, and they can finish the current show before getting blocked. This means that Fall Guys fans will only have to deal with their unfair way of playing for one match.

Dealing with cheaters is a top priority for us

At the moment, when a cheater is detected, they are able to finish the current show before being blocked

We are going to start taking more immediate action soon

As mentioned before: It isn't necessary to manually report cheaters

Currently, there are no further details surrounding how this will be implemented and how effective the system will be. In addition, Mediatonic has not provided a timeline on when players should expect the banning to commence. Hopefully, players will learn more information surrounding Mediatonic’s plan soon. Fall Guys fans will welcome further action against hackers who have been ruining matches. As the battle against cheaters is an ongoing effort, it will be interesting to see what will be done in the future. Until then, you can just hope that you do not run into any hackers in your matches and continue to chase that crown!

Did Infinity Ward secretly nerf the MP5 in Call of Duty: Modern Warfare and Warzone?