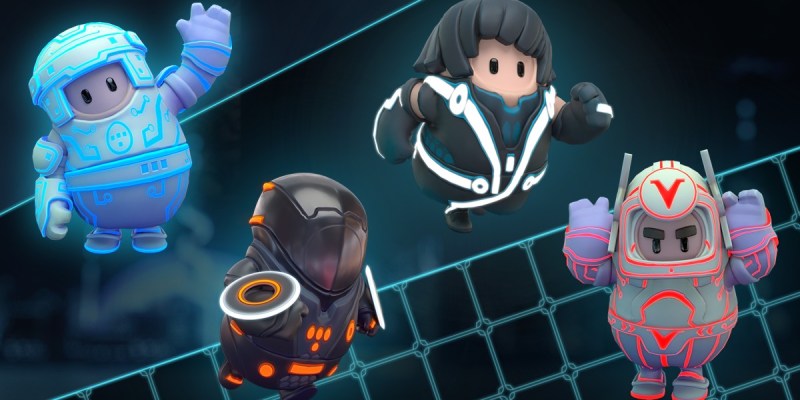 A new collaboration between Fall Guys and Disney will soon bring Tron costumes to the platform battle royale. Mediatonic announced today that four outfits inspired by the 1982 science fiction film will launch in Fall Guys on May 24. Given the futuristic theme in Fall Guys Season 4, there’s no better time to launch a collaboration with such an iconic franchise.

According to the announcement, the Fall Guys x Tron collaboration features costumes based on four Tron characters. In addition to Tron himself, there’s Quorra, Rinzler, and Sark, each with their own neon lights and unique characteristics. The Quorra costume, for example, even features the character’s iconic black bob haircut. Players can rep their favorite character when the collection drops in Fall Guys next week.

Thanks to Mediatonic’s recent merge with Epic Games, the Fall Guys x Tron collaboration will coincide with a similar Fortnite crossover. The battle royale will bring back its own version of the Tron costumes, which first debuted in February.

“Tron is the timeless family tale of sentient computer entities, compelled to compete against each other in rounds of ruthless competition under the guidance of mysterious Users,” Mediatonic Creative Director Jeff Tanton said of the crossover. Tron‘s retro-futuristic theme fits perfectly into Fall Guys‘ aesthetic this season. 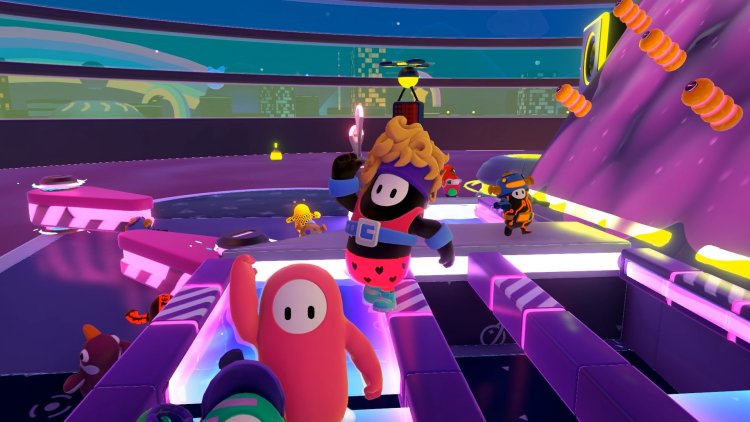 The Fall Guys x Tron collab comes on the heels of the game’s Season 4.5 launch last week. The mid-season update, named Dave, introduced two new rounds and more than 50 round variations. Plus, Mediatonic opened up PC and PS4 cross-play in matchmaking and custom lobbies. The season takes place in the year 4041, where gravity gets a little wonky and neon lights are aplenty. This Tron crossover is only the latest to join Fall Guys Season 4, as players saw a collaboration with Shovel Knight last month. There will no doubt be more to come in the future.

There won’t be news on Hollow Knight: Silksong at E3