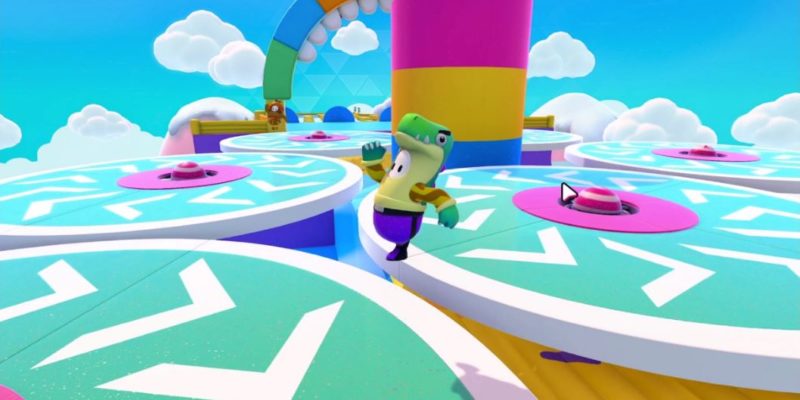 Fall Guys is often a mad scramble to the finish line. However, there are ways to reduce the madness and scrambly-ness of the numerous stages. In the Dizzy Heights race, a few simple choices can shoot you ahead of the competition and ensure you survive every time. So, let’s look at some easy-to-learn Fall Guys Dizzy Heights tips.

The first obstacle you need to deal with is the crowded spinning discs. There are two things you can do here to get ahead. The first is to choose either of the outside lanes. The far-left lane is the best of all. The outside lanes are much less crowded and will allow you to execute the second tip more easily and effectively. If you’re in the front, you can just go straight down the middle lanes. 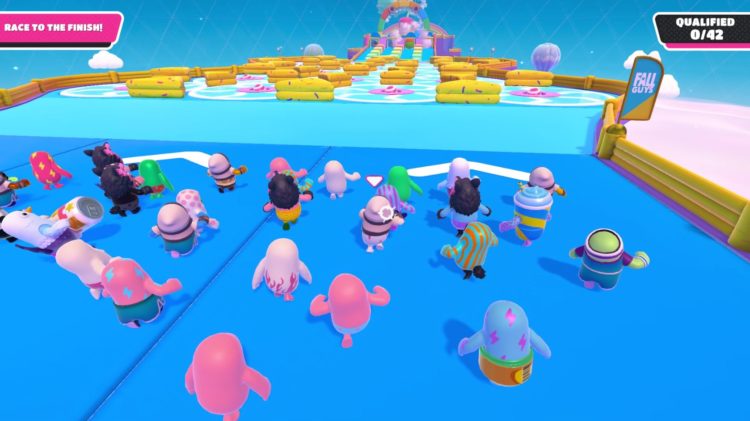 Go down one of the outside lanes. The middle is a mess.

It’s all about timing

Here’s an example of good jump timing to conserve momentum.

The ball gauntlet isn’t tough to get through, but there are ways to complete this obstacle in less time. If you’re not in the front, try running directly behind someone else – within a few steps of them. If a ball hits the bean in front of you, it will bounce over your head.

The other thing to know about the ball gauntlet is that changing lanes takes longer than squeezing past a ball. If you dive into the corner of the corridor, the ball will roll past you. It also won’t lift the ball over the bean behind you, so it will block them.

I left that pigeon in my dust.

The second set of spinning disks

Once again, the left lane is the fastest. The momentum going onto the last disc will work best if you come in from the left. However, if you use the previous tip about jumping early, you’ll speed through this obstacle on either side. 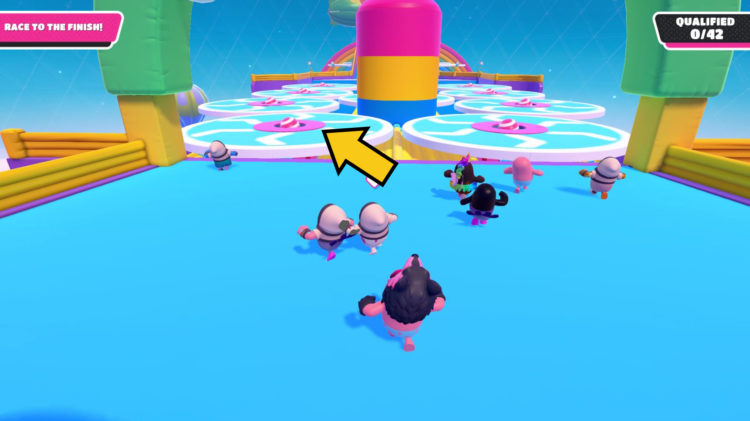 Go left if you can. Jump early for maximum momentum.

One very important thing to know about Fall Guys Dizzy Heights is that the lower area under the second set of discs is considerably slower. Whatever you do, do not fall here.

The heading above is the last Fall Guys Dizzy Heights tip. There’s a gap you can’t see between the blue floor and the rotating platforms at the end of the stage. If you don’t jump, you’ll fall and waste precious seconds. 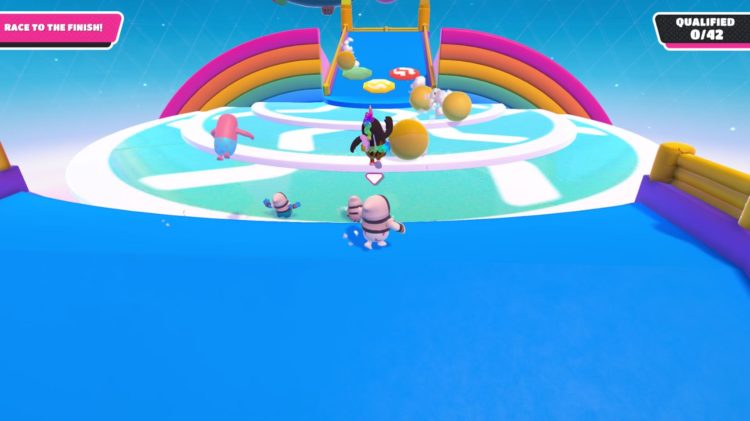 That’s it. Climb the last few rotating steps and the final ramp and you’re done. If you get through the disc sections smoothly, this is an easy Fall Guys round. Just remember to jump early and you’ll be cruising over the finish line every time. If you would like help with other Fall Guys stages, you can check out some shortcuts and tips for Slime Climb and learn the gate sequences on Gate Crash. More stages are on the way, so check back soon.

By Lauren Sayles31 mins ago
Guides