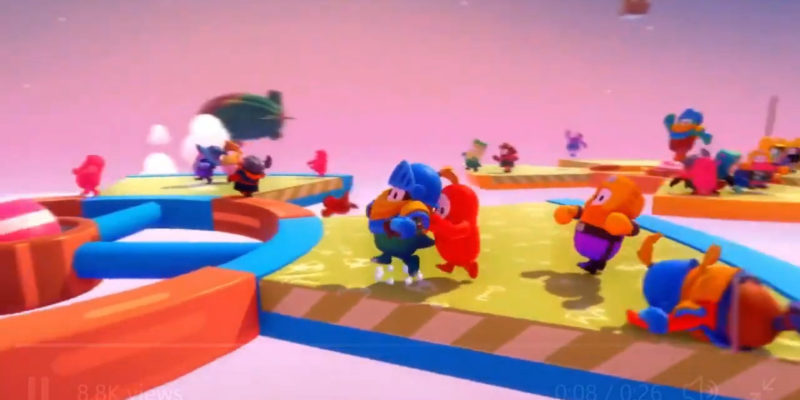 The Fall Guys Twitter account is the gift that keeps on giving. Earlier this week, it gave us a look at some new obstacles coming to the game show battle royale. Now it has revealed a new Fall Guys level that’s made entirely of fans. The new level and level variations, which include the new obstacles, will arrive in-game next week.

The new Fall Guys level, dubbed BIG FANS, is another race which seems to be in the style that fans enjoy. It is made up of a series of platforms in the shape of fans. Clearly, players will need to jump from one to the next, without falling into the pink slime below. To make the race a bit more challenging, the fans rotate, and some have spinning beams that will knock careless beans into the abyss.

That’s the official name for the update, according to the almost always not serious Fall Guys Twitter account. Along with the level containing only fans, the update will also add a new naming system, loads of level variations, and plenty of fixes.

Fall Guys allowed players to create their own names when it launched. However, players were creating offensive names and using exploits to break the UI. As a result, Mediatonic decided to remove the custom name feature while it worked on a solution. Now that a solution has been found, I can finally say goodbye to Fall Guy 1959.

The new Fall Guys obstacles swinging into action next week include a variation of Thicc Bonkus, spinning axes on Hoopsie Legends, additional whirling axes at the end of Knight Fever, and some fruit causing chaos in Jump Club. Those were just the updates from the teaser video. There are probably a bunch more on the way, too.