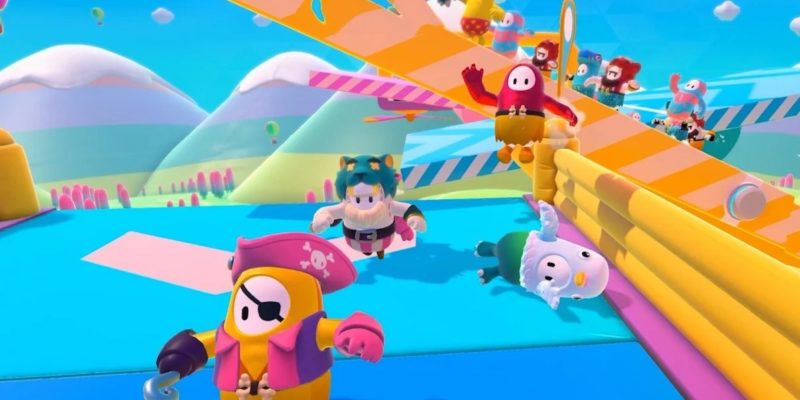 While plenty of adorable jellybeans have been celebrating the elimination of back-to-back team games, Fall Guys developer Mediatonic has been hard at work on more content. As revealed by Geoff Keighley, Fall Guys Season 2 will bring even more appearances, levels, and madness to the game soon. The full reveal for next season will debut at Gamescom Opening Night Live on August 27 at 2 PM ET.

For those invested fans, this is nothing but good news. The first season of Fall Guys: Ultimate Knockout is still ongoing. Players can reach a maximum fame level of 40, with rewards given at every milestone. All you have to do is play. Win or lose, you will always earn fame towards the next level. That means more kudos to spend, skins, emotes, patterns, and more to unlock. However, it is likely that most players are racing to unlock all 40 rewards, given the game’s current popularity. Therefore, Fall Guys Season 2 content is will be highly anticipated.

Fall Guys is great and all….but what if I told you there is @FallGuysGame: Season 2! 👑 😮🤯

The August 27 reveal will give us a taste of things to come. Season 1 is set to conclude in slightly more than a month’s time on October 5 or 6. That will be followed by Fall Guys: Ultimate Knockout Season 2, although an official date has not been set. Another important part of the new season will be the minigames. Cosmetics are a certainty, but the possibility of new gametypes will be the main draw.

The divided opinions about the various team games, as well as the other survival or race game types will surely continue. However, adding more games to the mix will hopefully spice things up further and give players more of a chance to grab that crown. If you need help with finishing up Season 1, check out our Fall Guys: Ultimate Knockout Guides Hub. It’s full of tips and tricks to get you through all of the most difficult levels.