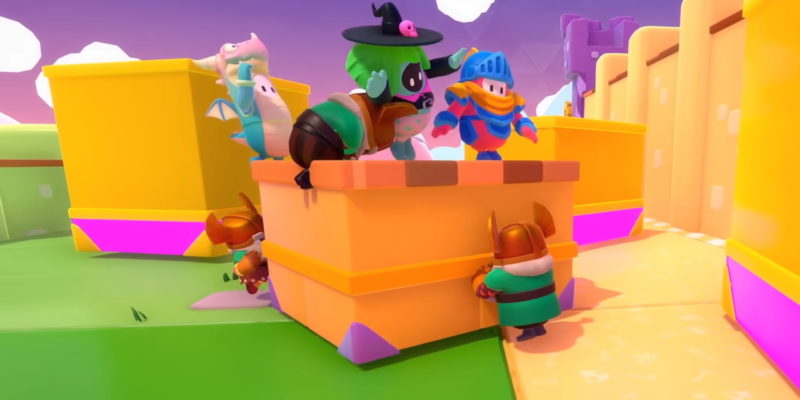 It has only been a couple of weeks since the Fall Guys: Ultimate Knockout mid-season update, but already the game show battle royale is looking to the upcoming Season 2. A sneak preview at Gamescom already revealed that the second season of the wildly popular bean running game will be medieval themed. Now, the always entertaining Fall Guys Twitter account has shared some new Season 2 teaser screenshots.

The screenshots were shared as a joking apology to fans after they were exposed to some horrific images that claim to show the anatomy inside a Fall Guy. Be warned, you can’t unsee these images. The Season 2 screenshots show some of the new cosmetics in action, as well as some of the new stages. 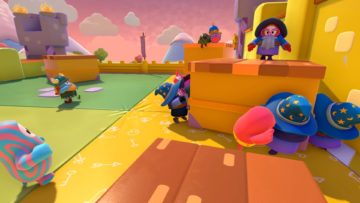 Season two is going to be a blend of cooperation and chaos. Mostly chaos. 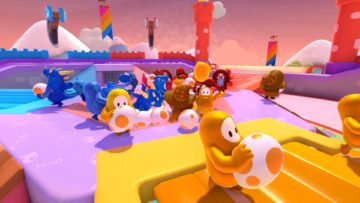 You can see the recolors of the new costumes when you’re on a specific team. 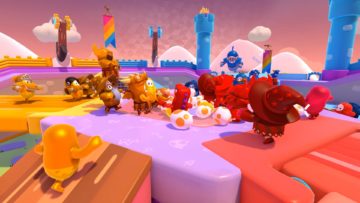 Yellow team is still the worst. 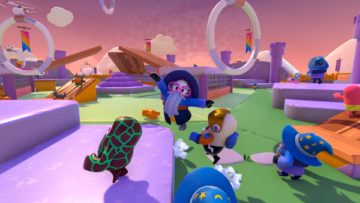 Look at the glorious wizard costume.

Here’s what we know about Fall Guys Season 2

As you’d expect from a medieval theme, you’ll be able to dress your beans up in knight, wizard, Viking, and dragon costumes in the new season. The new stages are inspired by buildings and elements from the Middle Ages. There are draw bridges to cross, castle walls to scale, and swinging axes to dodge. 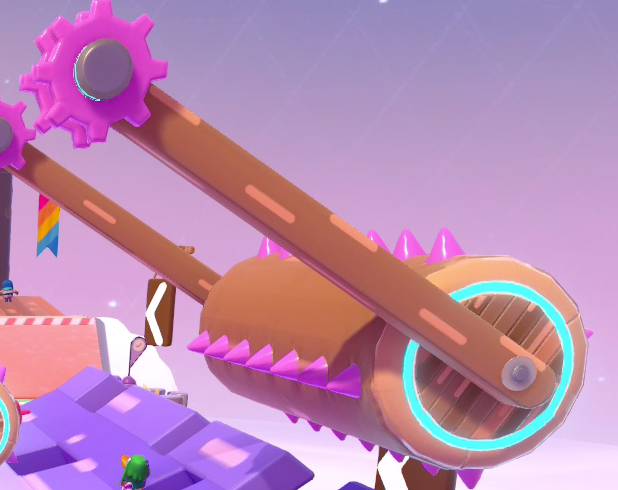 You can look forward to dodging this in Season 2.

There’s also this vicious looking thing that could probably mash a Fall Guys bean flat. And full of holes. It currently has no name. However, if you’d like to suggest something, you can hit up the Fall Guys Twitter account with your best ideas. Here’s the tweet you need to reply to.

The Fall Guys Season 2 teaser screenshots and preview make the new stages look more complex, with more cooperation required between battling beans. It should make for some highly entertaining (and frustrating) gameplay. Fall Guys: Ultimate Knockout is available for PC through Steam.