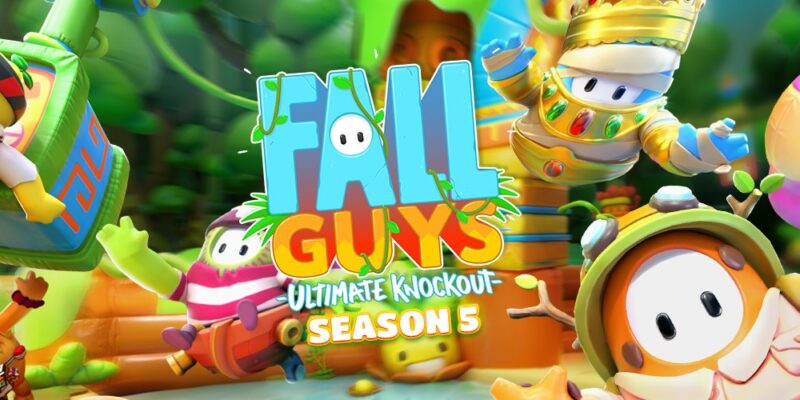 The development team behind Fall Guys is gearing up for the reveal of Season 5 and can’t wait to spill the beans on what’s going to be new. If you’re excited and ready to get the details as soon as possible, you’ll want to mark your calendar for the reveal stream taking place on Monday, July 19 at 8 AM ET. The stream will feature three different trailers showing off the gameplay, levels, and costumes, as well as an inside look at what the development has been up to.

As mentioned, Season 5 will be jungled themed, which sounds like a perfect pairing for a game like Fall Guys. I can already imagine the varieties of traps and obstacles that are sure to be in the mix. Perhaps we will explore ancient, dangerous temples or traverse the treacherous jungle floors. Will we swing from vines to reach new heights? I suppose we’ll find out soon enough.

Developer Mediatonic has at least teased a few of the new costumes coming to the game. You can see those in the images above or below. There will be pirates, explorers, jungle bois, crowned beans, and more. There is also some kind of creature on the cover art, but it’s unclear as to whether we will play as them or just see them during gameplay.

At any rate, it’s only a few more days until the BIG STREAMUS. Because everything must end with “-us” and be spicy according to Mediatonic’s eccentric marketing strategy. It all seems to be working well enough though, because the game still has a respectable playerbase on Steam alone. Perhaps a trip to the wild side is exactly what the game needs to keep going strong.

Tune in to the Fall Guys YouTube channel on July 19 to see the Season 5 reveal and find out what the developers have in store for us next. We also have some guides if you want to learn how to get into the groove of things so you can start the new season strong.

We'll be:
✅ Spilling the beans on the new levels, features, and costumes
✅ Revealing our Cinematic, Gameplay, and Fame Path trailers
✅ Chatting with the dev team! pic.twitter.com/KZQcfJqKpr

Nickelodeon All-Star Brawl coming to PC, plus other leaks