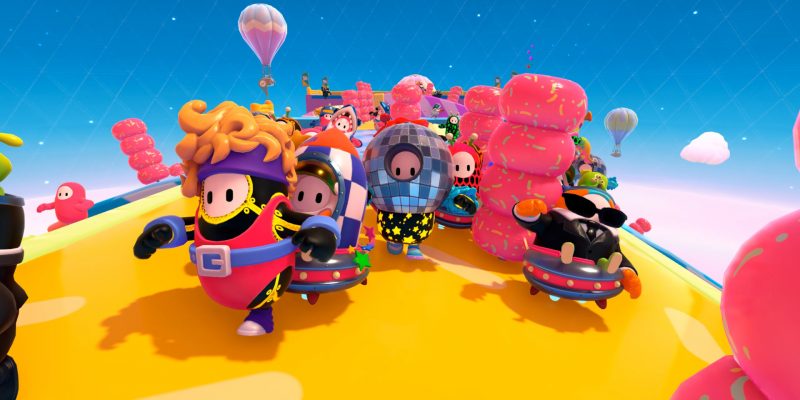 Fall Guys Season 4 takes players to a new era — literally. The new season, titled Fall Guys 4041, sports a futuristic theme. And with a new era comes brand new gameplay features, including a never-before-seen Fall Guys Squads Mode with 4-player teams. Beyond that, there’s new rounds, costumes, challenges, and even a special Fall Guys x Among Us crossover. Eager players can get their hands on Fall Guys Season 4 today.

There’s plenty in store for the new season, but one of the more interesting new additions is the 4-player mode. In Squads Mode, the entire team of four players will win together if any one team member wins the Final Round. Of course, that means the teammates will lose together, too. This Fall Guys mode pits 15 teams against each other in the game’s usual rounds.

As Fall Guys lead game designer Joe Walsh told IGN, “The crucial difference between Squads Mode and normal Fall Guys is that being eliminated does not completely eliminate you from the game.” So, even if you’re out of a round, your team can still carry you to victory in the end, so long as the rest of the team performs well.

Although the Survival and Race rounds themselves will operate the same way, players will be scored differently in Fall Guys Squads mode. Generally speaking, the game will take each player’s individual score and eliminate the team with the lowest scores overall. It’s all about teamwork, because when it comes to the Final Round, you only need one person to win it for the team. As Walsh teased, some players may need to sacrifice themselves for the team.

Another Resident Evil showcase is coming in April, will focus on Village