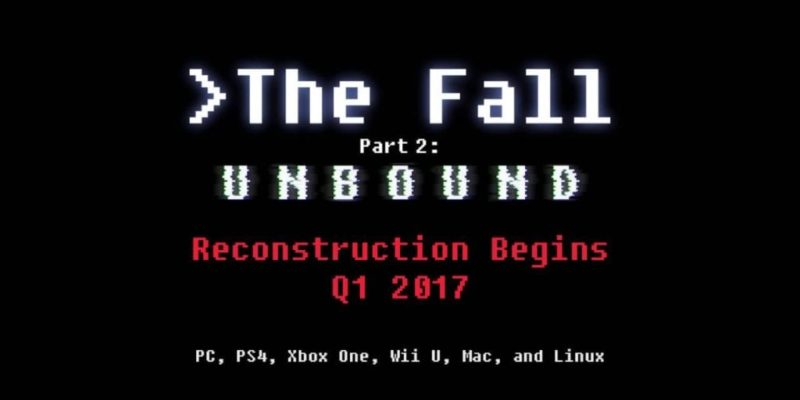 The second part of Over The Moon’s side-scrolling action-puzzler The Fall will be out in the early months of 2017. The Fall Part 2: Unbound will continue the tale of ARID, an artificial intelligence who was part of a futuristic combat suit.

In this second part (of a proposed trilogy), ARID will be cast into a larger network and able to take over several robots. Each of these bots will have different personalities and different gameplay styles. Although I haven’t played the first part of The Fall, I get the sense that saying too much more could constitute spoilers for the story.

In a timely act of discounting, the first part is currently on Steam at 90% off (making it basically $1.00 USD). Here’s a teaser video for part two.

Spike Chunsoft gauges interest in next PC release with poll