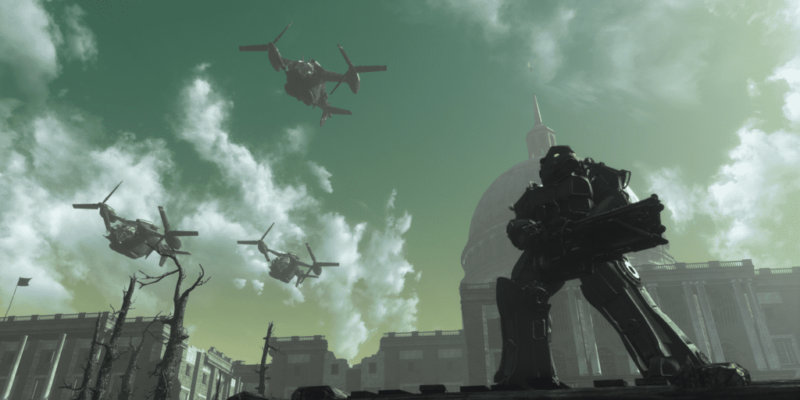 A group of dedicated Fallout 3 fans have been busy working on recreating Fallout 3 in the Fallout 4 Creation Engine called Capital Wasteland and progress looked promising. Today they have announced the project has been canceled for legal reasons.

In an update posted on their Twitter they cite the legal reasons why the project can no longer continue and it’s primarily down to the use of audio files.

“Recently we have communicated with Bethesda regarding our planned method to implement the voice acting and other audio from Fallout 3 Into Capital Wasteland. During this conversation it became clear our planned approach would raise some serious red flags that we had unfortunately not foreseen, This contact resulted in us changing our methods to atttempt to continue working.

“After some thought it appears three is no fully legal way for us to continue developing Fallout 3 in Fallout 4 portion of The Capital Wasteland. Projects like this have always existed in a gray area of the law but we as a team value  our connectiopns with many memebers of the amaziong dev team that is Bethesda Game Studios.

“If at any point in the future it becomes fully legal for us to continue working with the blessing of Bethesda and Zenimax we will.”

Disappointing news for Fallout fans, but as with all mods and remakes, there is always the risk of upsetting the lawyers.

Jeff Goldblum is back in Frontier’s Jurassic World Evolution