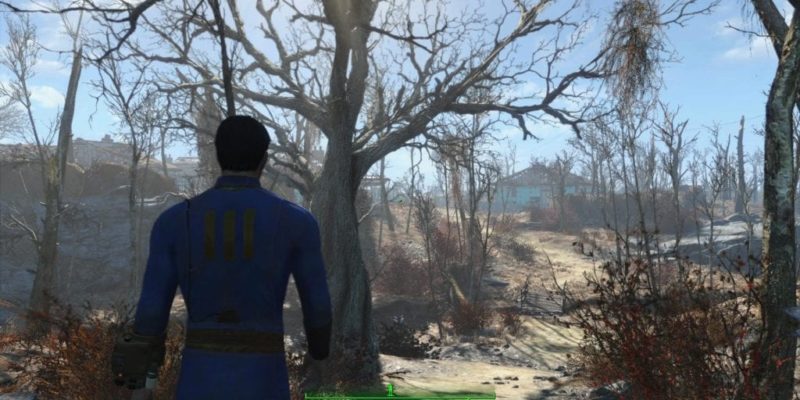 Precisely how this will work with regard to enemy levels and so on is not yet clear, but Bethesda has stated on twitter that Fallout 4 will have no player level cap.

Further to that, the studio says the game does not end at the conclusion of the main story. In other words, you can wrap up the ‘main quest’ then carry on playing and levelling up indefinitely.

To our fans who’ve asked: Fallout 4 doesn’t end when the main story is over and there is no level cap. You can keep playing and leveling.

In Fallout 3 of course there was a level cap of 20, and the game ended at the story’s conclusion. The Broken Steel allowed play to continue beyond the end of the main story and raised the cap to 30.

If Fallout 4 has no level cap at all, it raises the question of how Bethesda is going to handle enemy levels. The closest we’ve seen to an explanation of this comes from a Game Informer article in which Todd Howard talks about ‘rubberbanding.’

“We call it rubberbanding,” Howard said. “We’ll have an area [where enemies scale from] level 5 to 10, and then this area will be level 30 and above. You’ll run into stuff that will crush you, and you will have to run away.”

There will presumably be a ‘soft’ player level cap of some sort, rather than an exponential damage curve.

Battleborn is born to battle on 9 February