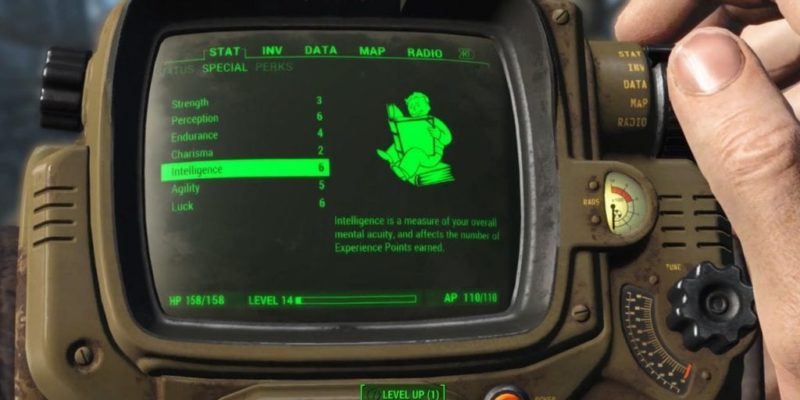 In addition to the ongoing SPECIAL video series, Bethesda has now laid out how the Perk system will work in Fallout 4. It differs from Fallout 3 (and New Vegas) in that, as previously reported, Skills and Perks are kind of rolled into one.

At the start, you’ll have the usual scattering of points (28) to drop into your SPECIAL stats: Strength, Perception, Endurance, Charisma, Intelligence, Agility, and Luck. As usual, you can bump one of these right up to 10 if you choose, but you’ll suffer in other areas if you opt to do that.

Each SPECIAL stat has associated Perks, which can be taken once you have the necessary number invested in the right stat. For example, if you have 10 in Strength, you can select the Perk at the very end of the ‘tree’ (more like a straight branch, really).

However, Perks have tiers too. And these are gated by level (so while you’d be able to pick the first rank of the level 10 Perk if you had 10 Strength, the second rank would probably require more levelling up).

According to Bethesda’s article, “Levelling is experience point (XP) based like Fallout 3, not skill-based like Skyrim. But levelling speed is closer to Skyrim, and not as slow as Fallout 3“. There’s also no level cap in Fallout 4.

A direct example of how Skills have been incorporated into Perks is outlined as follows: “Sneak was a skill in Fallout 3, and you simply increased its value. In Fallout 4 Sneak becomes a Perk that not only makes you harder to detect, but wraps in previous perks like Silent Running and Light Step into its ranks”.

Here’s the full Perk chart (albeit without the names – click to make it much larger), followed by a short video which does have a couple of the Perks shown. Animal Friend, Bloody Mess and other favourites will all be returning. 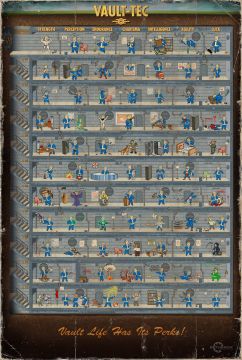