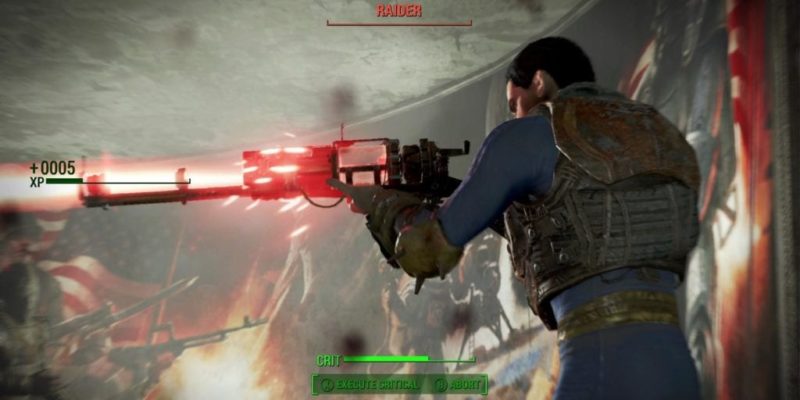 According to Bethesda’s Todd Howard, Fallout 4‘s companions are immortal. Which, I suppose, explains how they’ve lasted this long in a post-apocalyptic wasteland.

Speaking to IGN, Howard said that it comes about from only wanting you to reload when the player character dies. “[The dog] does not die, because we realised that’s an automatic reload.”

“A lot of open-world games, they’ll have it where ‘you failed this mission, go ahead and press A to redo it.’ We don’t ever want to do that,” said Howard. “So, we’ve got to handle all failstates and some of those we have to do like, ‘Okay, the dog can’t die, because you’re just going to reload.'”

That said, companions are totally optional. If you want to tell the dog to piss off and go through the game by yourself, you can! It does sound like you can only have one companion at a time, though: “You can have a companion with you and it can be the dog. It could be other characters we haven’t shown yet. Or you could have no companion.”

He’s still dancing around the issue of whether or not these companions will level up, but I’m going to assume there’ll be some way of doing so, because a dog is going to have a hard time dealing with Deathclaws, super-mutants, and soldiers clad in power-armour. Teeth will only get you so far.

As for companions being immortal, I’m not sure how I feel. Howard is quite correct in that I’d probably reload on companion death, unless I’m mentally playing an “Ironman” game where whatever happens, happens. On the other hand…

Back in Fallout, I managed to get Dogmeat through the Mariposa Military Base, which required some clever positioning and heavy abuse of the base’s force fields. It was a challenge, and I liked it, because Dogmeat’s death was almost inevitable in that game once tougher enemies turned up and he’d die in a single burst of gunfire, and getting him through to the end was a badge of honour. It was even bleakly thematic, if you want to look at it that way. Hell, playing through the game with that Ironman mentality and not reloading on companion death made every fight a tense, fraught encounter.

So yeah, from a raw gameplay perspective it’s probably for the best, but I’m not going to lie: I’m a little disappointed that in Fallout 4 I’ll be able to hurl my dog at enemies with gatling lasers, and know he’ll get back up as soon as the fight finishes.

Then again, Fallout 3‘s companions were pretty hard to kill, so maybe it doesn’t matter too much anyway.

The PC Gaming Show: The Good, The Bad, and The AMD