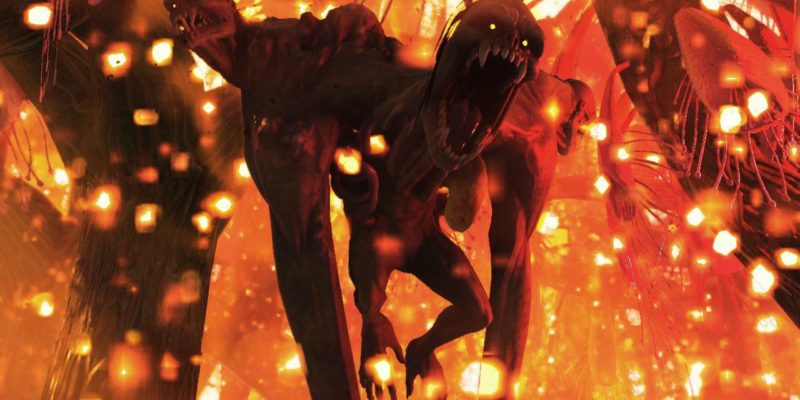 QuakeCon at Home continues giving us more reasons to revisit Bethesda’s latest offerings. With fans getting free copies of Quake, more news about Doom Eternal and the Elder Scrolls Online, the post-apocalyptic people of Fallout 76 are getting in on the action as well. The upcoming Fallout 76 boss fight event, A Colossal Problem, was spotlighted during the show. It will bring eight players together in an instance to bring down a terrifying foe, the Wendigo.

The new boss can be found once the Monongah mine is nuked. Yes, nuked, so expect to battle plenty of minions, cave collapses, and radiation. Did we mention the gigantic Wendigo that is the boss? Fighting the boss in Fallout 76 can be a daunting prospect, but the Wendigo is not playing nice at all. A new fear system will affect players and cause your characters to run away scared when the Wendigo cries out.

Losing control of your character while being set upon by other minions? A dangerous time awaits. The loss of control can cause serious damage, as your character will run in all directions. It does not help that the area is full of dangers, so be prepared for it in Fallout 76 upcoming boss fight event.

Fear is a construct

The new fear system added here will make the fight a truly challenging time. However, Bethesda is making sure to level the playing field somewhat. Killing the other spawns might give you a chance to replenish your ammo when you loot them, so you can keep the heat up on the Wendigo itself. This way, you have a better shot at surviving the latest horror of Fallout 76. 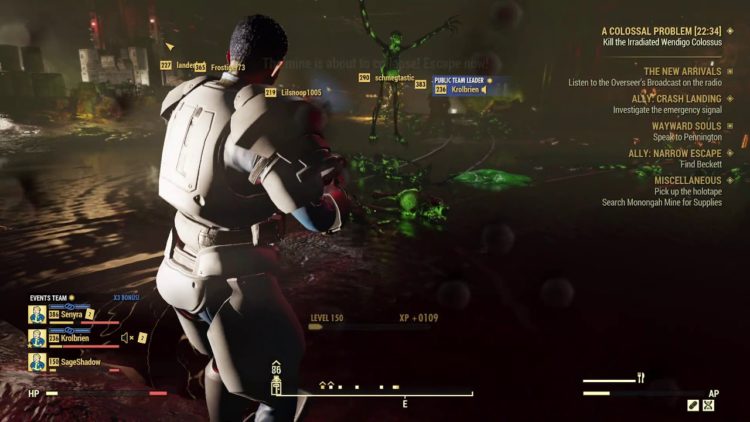 Your reward for bringing down this beast is an equally terrifying Wendigo Colossus rug. Not sure if that is worthy of the trouble, but heck, you deserve it. A Colossal Problem is currently going through the test servers, and will arrive soon for the general game.