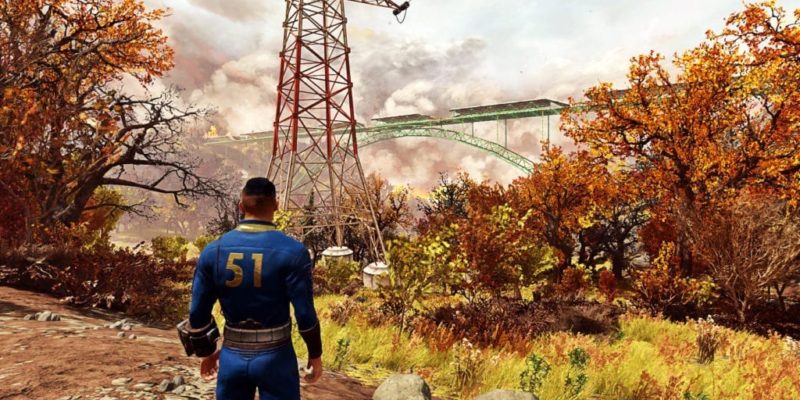 Fallout 76 launched its new battle royale mode, Nuclear Winter, this week. Bethesda’s first major online role-playing game has seen its fair share of issues. From an extremely shaky initial launch to ongoing bugs and gameplay issues, it’s received a fair share of due criticism. Issues notwithstanding, the developers refuse to give up on Fallout 76.

As initially announced at E3 this year,  the troubled post-apocalyptic title now has a battle royale mode. This could be considered a pretty clever move for Bethesda, with the battle royale genre at an all-time high. This new mode is your standard Fallout gameplay, except with 52 players trying to eliminate one another.

What Nuclear Winter brings to Fallout 76

The premise sees 52 players all nominated as candidates for leading Vault 51 as the new Overseer. As this last-man-standing deathmatch transpires, a deadly ring of nuclear fire closes in on the player map. This is an interesting twist on more standard battle royale mechanics. Players start off in Vault 51 while waiting for players to fill out the match. After time runs out, would-be Overseers can choose where they can start off on the Appalachia map.

Following a brief period of invulnerability to get your bearings, the match starts. Players will quickly find weapons, armor, and everything else Fallout has to offer. Gear can be scavenged from containers all across the map, as well as off enemies players kill. Participants must scavenge everything, even perk cards. 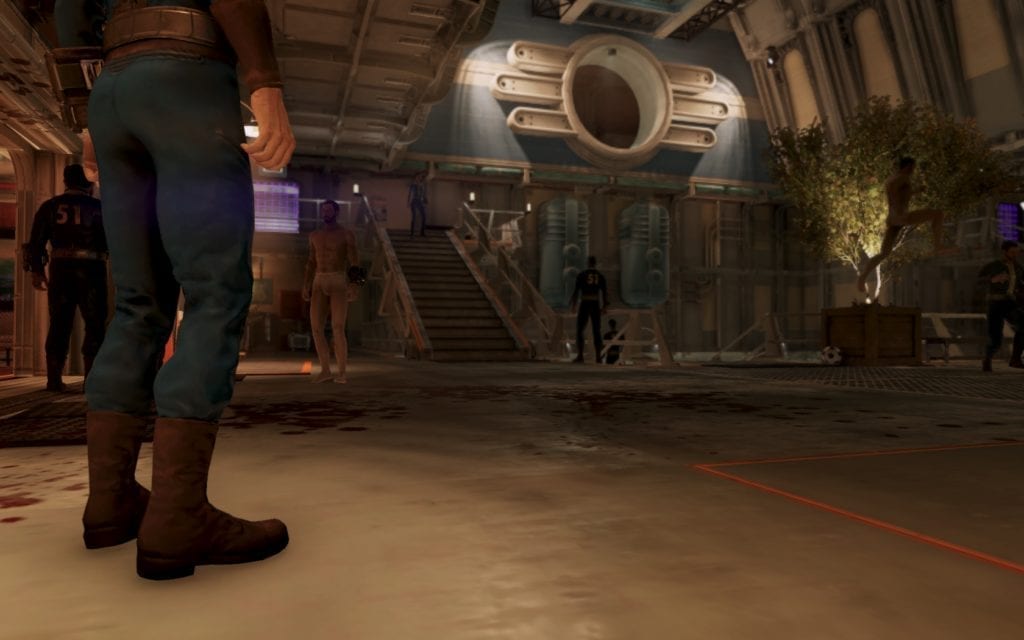 Nuclear Winter pits Fallout 76 players against one another for supremacy of Vault 51.

How C.A.M.P.s work in battle royale

Some mechanics are certainly different in Nuclear Winter, with your C.A.M.P. setup being one of them. Because matches are only 20 minutes, a lot of the more time-consuming aspects of Fallout 76 have been adjusted accordingly. Your C.A.M.P. no longer requires any materials to create, and the blueprints players have created from other game modes carry over. This makes for quick deployment across the irradiated map.

Players have more freedom with C.A.M.P. placement in this battle royale as well. Bethesda has also added a new ‘quick’ C.A.M.P. kit to this game mode, allowing players to swiftly place premade traps, bunkers, and barricades. 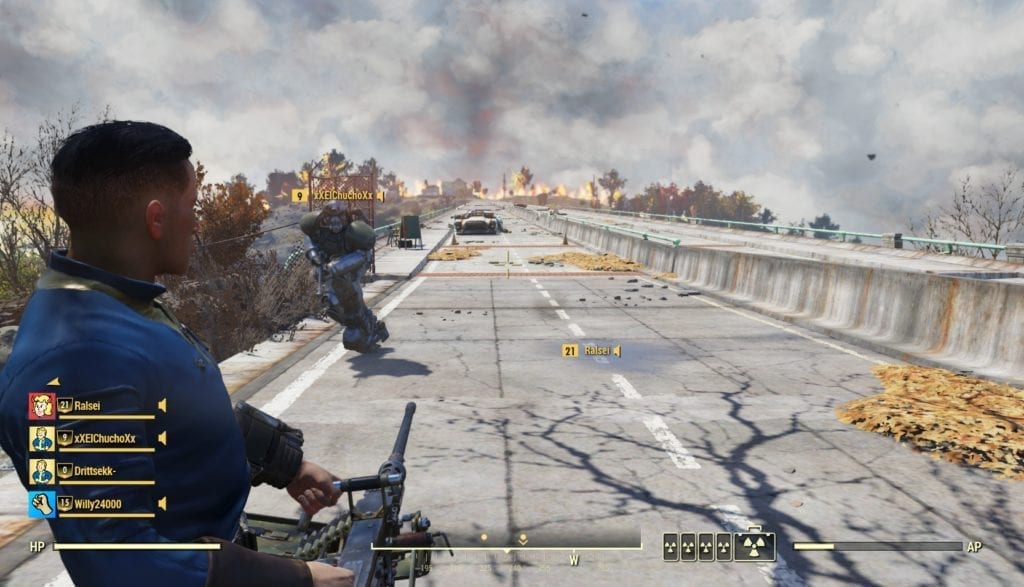 Eliminate your competition, but beware the nuclear storm in this new battle royale mode.

Other features in Fallout 76‘s new game mode have been hastened as well. Players can launch nukes considerably faster, being able to scavenge launch codes and nuclear briefcases across the map. Perk cards that allow for terminal hacking and lockpicking are now starting items. Terminals award gear to players, while lockpicking now doesn’t require bobby pins. Players can also equip 7 perk cards while waiting in Vault 51 for the match to begin.

Acquiring weapons and gear comes at a very accelerated rate, as well. Practically every container and enemy in Nuclear Winter has a guaranteed drop rate of something useful. Players can obtain armor, a crossbow, and various kits within a minute. What is really unique about this mode, however, is the entirely new perk card system they’ve put together. 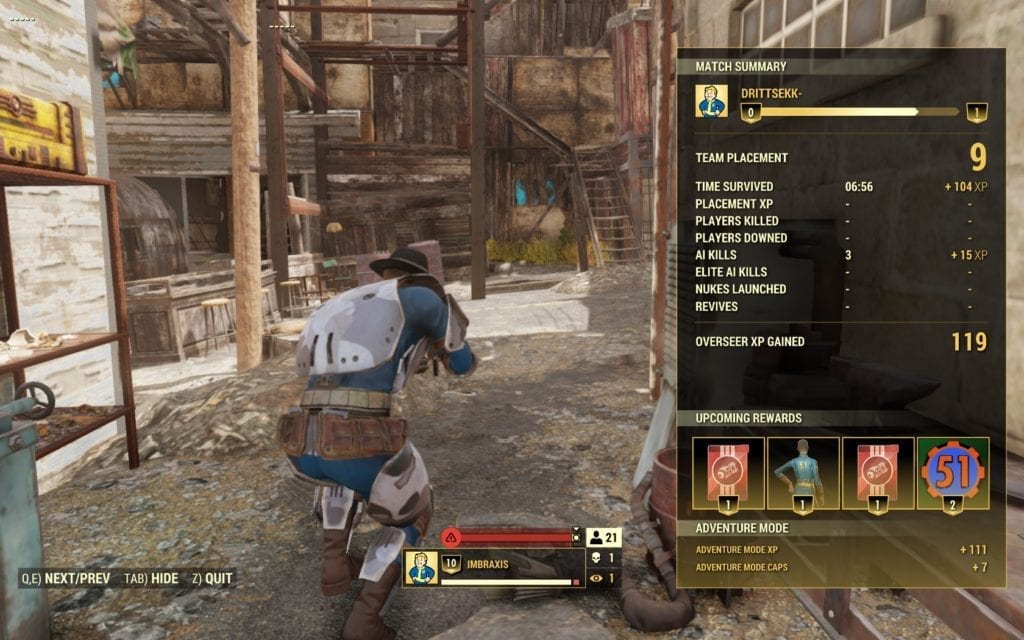 Gear comes quick for players in this game mode but beware. The same goes for their opponents!

Bethesda has cobbled together an entirely new perk card system for Nuclear Winter. With a total of 73 new cards, many of them can carry over into Fallout 76‘s other game modes as well. Ten of the new perk cards are Nuclear Winter-exclusive, conferring benefits that more appropriately suit the battle royale experience. These include perks that increase jumping height and greatly increase weight reduction.

More perk cards are unlocked by leveling up your character and gaining achievements. You should note, though, that perk cards cannot be carried over into battle royale mode from other game modes, although your character’s base stats will. This will, naturally, determine which perk cards players start out with. 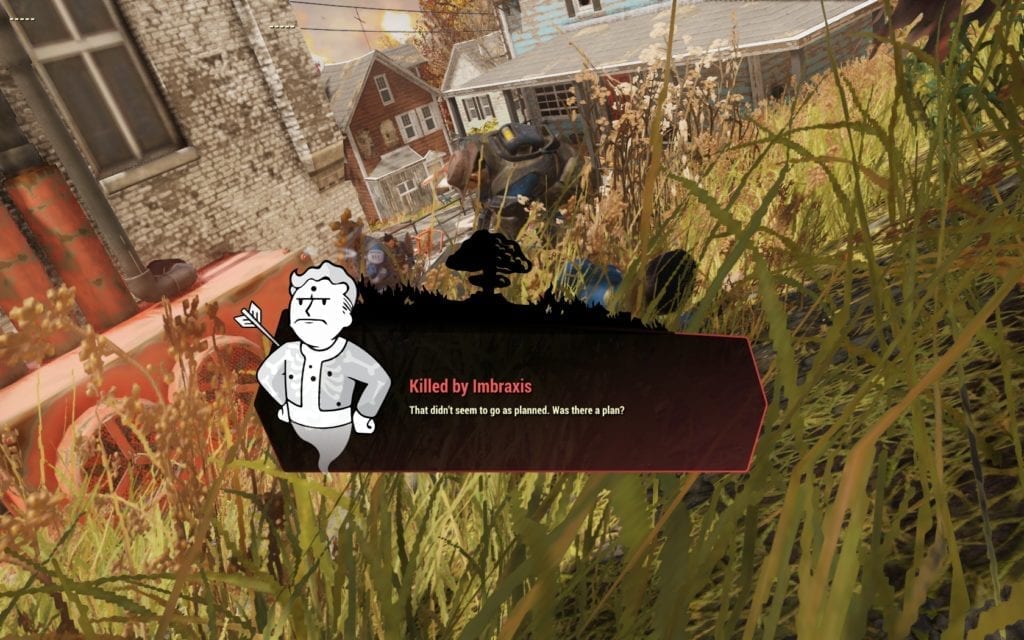 The right perk cards can be the difference between survival and…exactly what happened here.

Nuclear Winter is fun, despite many flaws

The gameplay in Nuclear Winter is actually pretty addictive. With the grinding aspect of Fallout 76 minimized, there’s more emphasis on action. The optimized voice chat makes communication a breeze, and players can quickly track enemies if they reveal themselves through activity.

The Fallout elements make for a natural pairing in a battle royale setting. From laying down traps to placing turrets to thwart opponents, players have many different ways to survive and thrive. Bethesda has greatly improved the combat elements as well. Damage numbers have been added, and players can switch and holster weapons quicker. 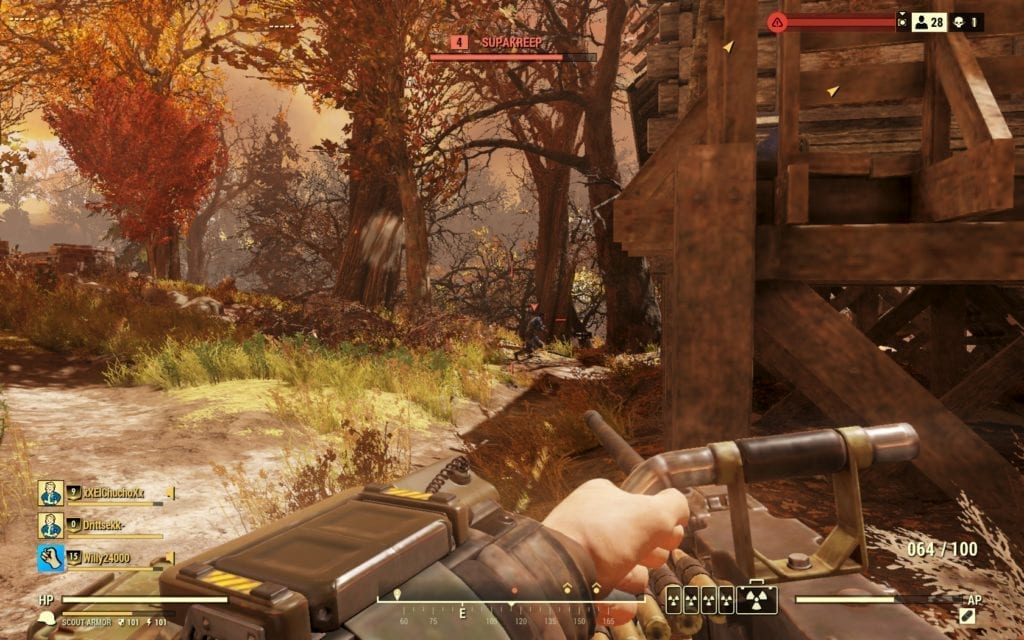 New game mode or not, Fallout 76 still has plenty of roughness to its edges.

Nuclear Winter isn’t all fun and nukes, though. Unsurprisingly, the game mode falls prey to the same flaws that plague the rest of Fallout 76. From clipping through the game world to unexpected crashes, it’s still full of bugs and design flaws. Players have reported numerous issues, from assets failing to load to outright losing control of their character’s actions. There’s also a particularly nasty bug that refuses to let the player alt-tab away from the game or exit at all. This one bug is so bad that it leaves players with no other recourse than to completely restart their computer to kill it. Visual effects also routinely fail to load, and this is all discounting Bethesda’s infamous collision detection issues.

While the gameplay itself is pretty enjoyable, Fallout 76 still needs plenty of work done. If Bethesda hopes to compete with the rapidly-saturating battle royale genre, they must get working immediately. Game-breaking bugs and design issues will hold a potential esports title back, and 76 is packed with them.

Nuclear Winter also has some connectivity issues, which Bethesda should prioritize. The developers need to start thinking with the competitive scene in mind, which requires a stable online game. After all, it’s particularly difficult to host large-scale tournaments when half of the competitors are stuck in walls or autorunning against their will.

All in all, Fallout 76: Nuclear Winter is a step in the right direction for the online game. Its issues, however, force a step backward as well. But if Bethesda can hunker down and fix some of the more pressing issues, this new mode may be the thing to breathe new life into the tumultuous title.

While the gameplay is engaging and Fallout's intrinsic mechanics work well in a battle royale setting, its development flaws and a multitude of bugs hold it back from reaching its full potential.

E3 2019: All the PC game announcements and release dates