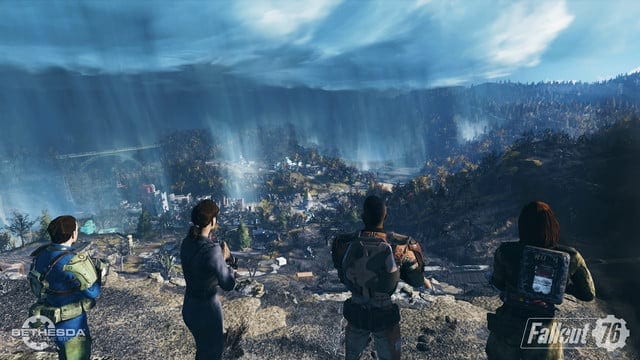 Fallout 76 had a disastrous launch last year, and it has been playing catch-up since then, with patches and new modes and features. Last month we saw the release of the Nuclear Winter battle royale mode, which had a lukewarm reception at best so far. You can’t say Bethesda isn’t persistent, and so the patches keep coming. Patch 11 released today, and it includes a sizeable amount of fixes and adjustments to the Adventure Mode as well as Nuclear Winter.

The main highlights of the patch include improvements to the Power Armor system, addressing many bugs. Now players will find the Power Armor pieces moved into their inventory or stash. You’ll need to reequip those pieces after logging in once the Fallout 76 patch goes live. Some players may also receive an extra Power Armor chassis or extra pieces in their inventory or stash. That’s because those items didn’t save correctly when you originally collected them. The Power Armor has underlying systems that needed some fine-tuning with under-the-hood improvements. If you had issues before, they should now be fixed and restored.

Ironing out the kinks

If you had one or more Power Armor chassis in your stash before installing the patch, your character may end up spawning in a Train Station in the world. That way if you become over-encumbered due to heavy Power Armor pieces in your inventory, you won’t have to walk from a far location while encumbered. There are a few other tweaks as well, including a makeover of Legendary item descriptions, item mods, and crafting recipes, which now display all of their current attributes in menus. Nuclear Winter is now more balanced in regard to certain Perks, such as Frog Legs. And Fallout 76 now features a better overall experience for new players. You can check the full list of fixes and adjustments on the official patch notes.

What do you think of the patch? Is Fallout 76 on its way to becoming the game it was supposed to be? Or does it still have a long way to go? Drop your comments below and tell us what you think!