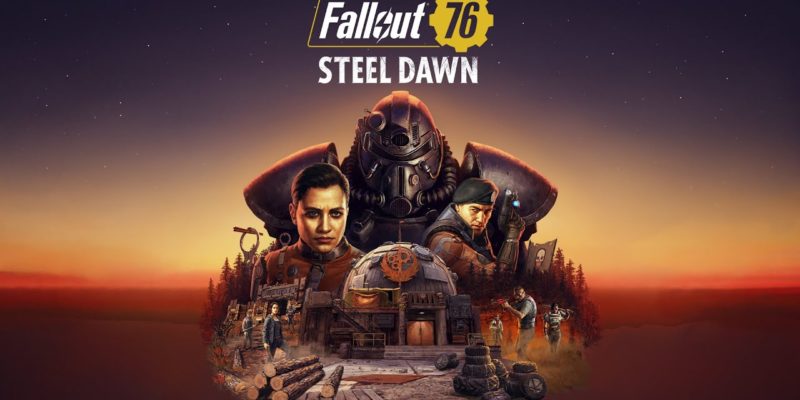 Bethesda has slowly but surely fleshed out the world of Fallout 76 in its own way. While fans definitely had the right to gripe when the MMORPG came out in its original state, the game has seen a transformation in terms of content and is now much more palatable. Of course, bugs and glitches are still a common sight, but at least the rest of the game is interesting enough for both new and returning players. The world will now be even more familiar as we welcome back the Brotherhood Of Steel in Fallout 76: Steel Dawn.

Everyone’s favorite armor-wearing soldiers will make their way into West Virginia in the new update coming later in the year. The first teaser we have seen takes the shape of a recruitment ad, asking the people of Appalachia to join the ranks. You know, instead of sending nukes at random locations on the map. Considered a key part of the lore of the entire franchise, the omission of the faction has been peculiar to say the least.

Along the way, Bethesda added a new NPC that provided players with Brotherhood Of Steel equipment, with small teases in the story. Now, with Fallout 76: Steel Dawn, we will get a proper introduction to the firepower of the Power Armor. Cue explosions, gunfire, and plenty of cool soldiers fighting their way to victory.

What Fallout 76: Steel Dawn likely means for the game is more story content and quests. Expect to see new NPCs join the fray as well, together with more Brotherhood Of Steel equipment and weapons. A new faction HQ will also make its way into Appalachia, so it would be hard to miss them. It won’t be too long till you can mix it up with the zealot, as Fallout 76: Steel Dawn is expected before the end of 2020.