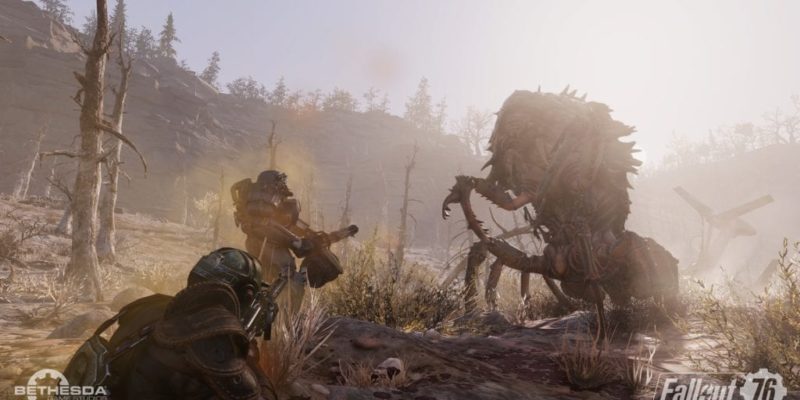 Update 14 for Fallout 76 launches today with a new seasonal event in tow. Players can expect a huge helping of cosmetics and challenges to keep them entertained this Halloween season. The update also introduces Fallout 1st, the game’s new subscription service, which we discussed earlier.

From October 29 to November 5, the Mischief Night seasonal event is open to all at the Whitespring Resort. This event will repeat throughout the week, restarting on the hour every hour. JES-2R, residing at the Springhouse Gazebo, has a myriad of mischievous tasks for players to complete. On the to-do list are seasonally-aware tasks like lighting campfires, blowing up cars (?), and some wholesome trick-or-treating! But, as it turns out, Whitespring Security isn’t too fond of your antics.

Completing JES-2R’s checklists will reward players with experience and the chance to unlock themed costumes, jack-o-lanterns, and other seasonal goodies. Equipping costumes – whether they’re crafted, won, or purchased – will double progress towards event objectives. 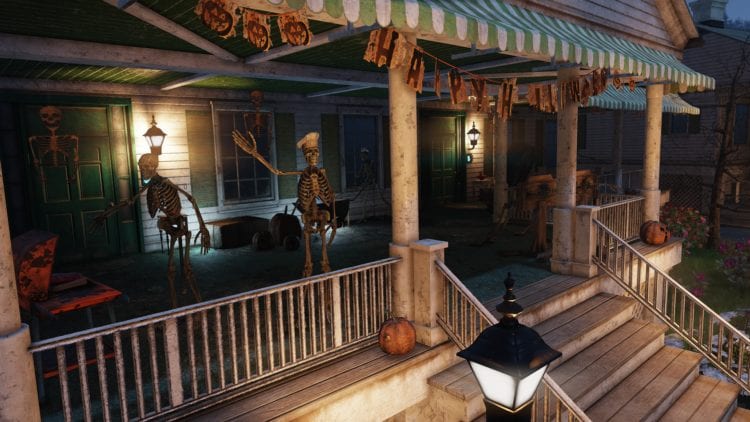 Seasonal rewards are also hitting Fallout 76‘s second add-on, Nuclear Winter, which brought a battle royale mode to the game. From October 29 to November 12, limited-time challenges will grant the opportunity to unlock six new Halloween-themed cosmetic items. The Super Sledge, Pole Hook, and Stealth Boy make their debut in the battle royale mode as well. Plus, Vault 51 has seen a visual alteration for the Halloween season, which will surely make for a more festive fight to the death.

Color-coded item rarities are introduced as part of Update 14. These are not a part of any seasonal celebration, but they’re still a much-needed quality of life change. No more hitting the brakes on the action to check out a weapon’s stats. With colors, a glance is all you’d need to gauge effectiveness.

Nothing spookier than bugs

Fallout 76‘s Update 14 comes loaded with innumerable bug fixes and balance tweaks for both standard content and Nuclear Winter. Most notably among these changes, Scorchbeasts now come in a legendary variant, so ready those loot bags. A string of fixes to improve stability and adjustments to crafting and building can also be found in the patch notes.

Moons of Madness – How to get the satellite dish functioning