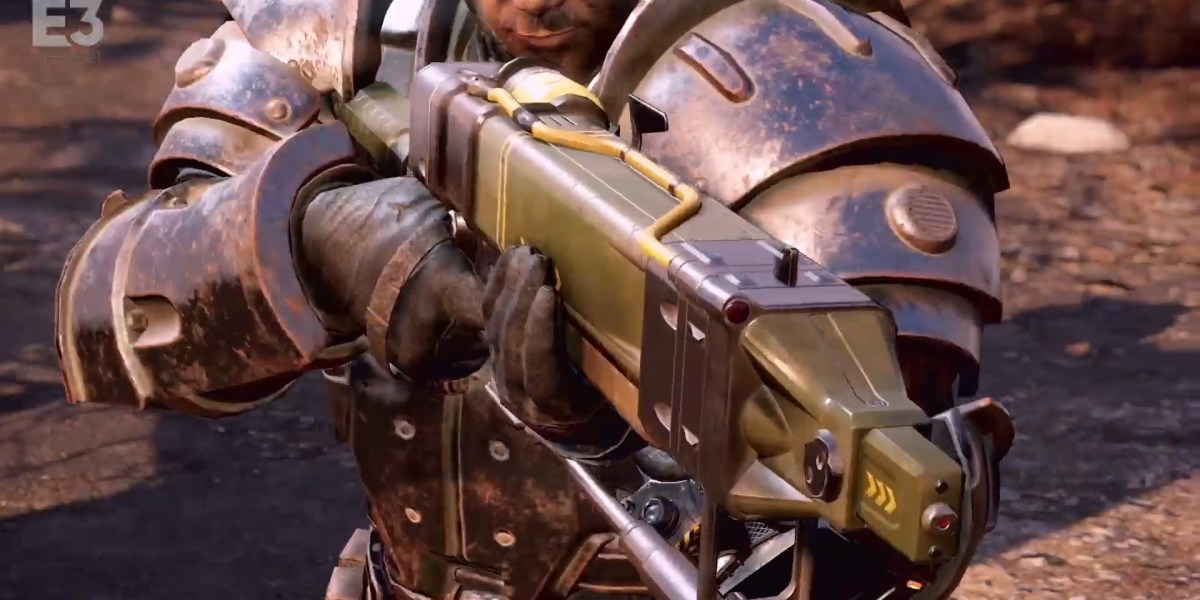 Fallout 76 players who have stuck with the Brotherhood of Steel storyline all this time will finally be able to experience the conclusion courtesy of today’s update via the Steel Reign questline. The questline is now available to players, as are new crafting options, a new season, a new vendor, and wallet upgrades. The update weighs in at 7.1 GB, so it’s not the heftiest beast around. It shouldn’t take anyone long to jump into the new stuff. In addition to all of the above, there are a bunch of bug fixes, design updates, and balance changes. You can see the entire changelog here.

New quests have been added to the Brotherhood of Steel storyline, with Steel Reign picking up right where Steel Dawn left off. To take part in the new additions, you must be at least level 20 and you need to have completed The Best Defense quest. Once both criteria are met, a quest called A Knight’s Penance will become available, which will lead players through the finale of the storyline. Once players complete this, they will be rewarded with brand new items, such as the Face Breaker power fist. That particular item can also be obtained via Daily Ops, however.

On top of that, this Fallout 76 update adds legendary crafting, which players can use to turn regular items into legendaries. Players will also be able to re-roll legendary attributes and change star ratings as well. Season 5 is also included in this update, and features the return of K.D. Inkwell as she travels to a future inhabited by dolphin-human hybrids. I’m not sure what any of that means. The season adds another 100 ranks to climb with a bunch of new rewards and players will now have access to unlimited rank ups.  Finally, a new vendor named Minerva is coming to Appalachia and she’ll trade you items in exchange for gold bullion.

There’s a whole lot to this update, so you better get out of the vault and into the wasteland ASAP.