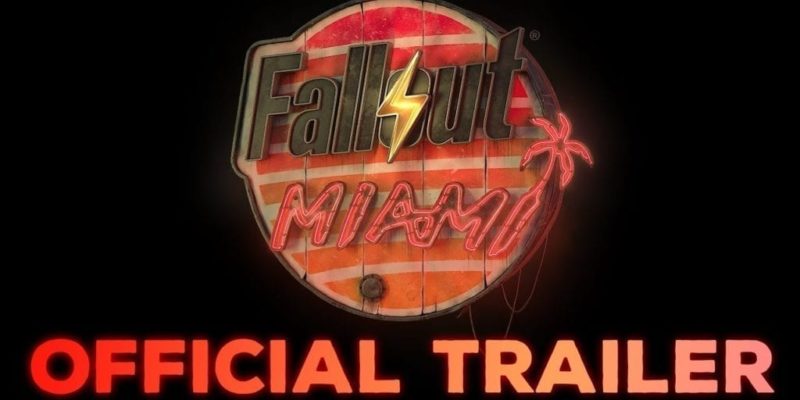 Fallout 4 is once again making waves. This time, it’s all due to a mod for the game — Fallout: Miami.

The mod, from a team led by Milan Brajkovic, aims to bring an entirely new experience to Fallout 4; one set in the sun and sand of the Florida coast. That is, if the Florida coast was populated by super mutants and raiders, and you’re surrounded by Vacation Wasteland.

Bethesda games such as Skyrim and Fallout 4 have had a very strong backing from modders. Thousands of fans have provided their own creations from complete overhauls to entirely new landscapes. Skyrim had its own Beyond Skyrim and The Forgotten City creations which felt less like mods and more like actual DLCs themselves. Fallout 4, meanwhile, also has several mods which add new locations. Examples include Fusion City Rising, South of the Seas, and Beyond the Borders. It looks like Fallout: Miami is set to join that elite group, becoming one of the few mods to create a gigantic new world space.

The trailer starts off with a Vault Boy bobblehead wearing a Hawaiian shirt. In the background are the palm trees of Miami Beach. We see the inhabitants of a certain “Vault 53” doing their daily tasks. And yes, we even see feral ghouls wearing floaters and swimwear! What’s not to love? The trailer closes with an ominous warning not to go inside a stronghold due to the dangers therein.

We don’t know when the mod will be released. It is an ambitious, fan-made, non-profit project, so yes, it will take some time. The upcoming Fallout 76 might even come out before it. However, suffice to say, we’re quite excited for it. Here’s to hoping Bethesda don’t pull another Capital Wasteland when they down a mod for various reasons.

You can check out the team’s progress in Fallout: Miami’s official website. Likewise, you can be part of the mod’s subreddit r/FalloutMiami. Finally, you can also interact with the creators via Twitter.

No Man’s Sky NEXT update brings in thousands of players