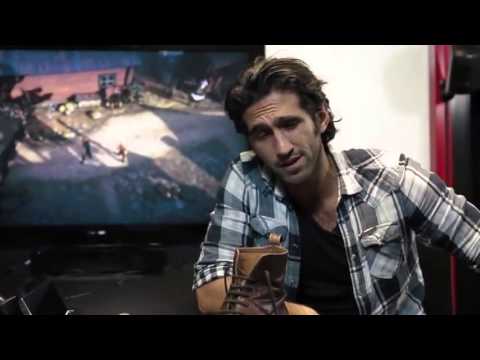 Walking off into the wasteland sunset.

We had a fairly good idea this was coming. Back on 12 December when GOG took the (in retrospect, even more tremendous) decision to give away Fallout, Fallout 2 and Fallout Tactics for no money whatsoever, it was with the footnote that the games may be withdrawn from sale in the near future due to rights issues.

Please note that all three classic Fallout titles are pending right holder change. Sadly, to the best of our knowledge, we’ll be forced to remove Fallout, Fallout 2, and Fallout Tactics from our offer. That doesn’t mean, however, that you won’t be able to download them if they are already a part of collection by then. Secure your copies today (or anytime before Saturday, December 14, at 1:59PM GMT)!

As part of a rights settlement deal with Zenimax Media (parent company of Fallout 3 and Fallout: New Vegas publishers Bethesda,) original publishers Interplay agreed to hand over the rights to the older games on 31 December 2013. Today, in other words.

Zenimax is clearly not a fan of selling the games through the DRM-free GOG, as the titles have indeed been removed from sale at the site. All credit to GOG for anticipating this and doing their best to get Fallout, Fallout 2 and Fallout Tactics into the accounts of as many people as possible before this occurred. If you own the games through GOG you will still be able to play them, but they will no longer be available for others to buy.

The plans Zenimax has for future distribution of the games are not entirely clear at this point. While they’re gone from GOG, the Fallout Collection is still (for now) available on Steam. If it remains up in the New Year, that would indicate some sort of a deal being reached between Valve and Zenimax.