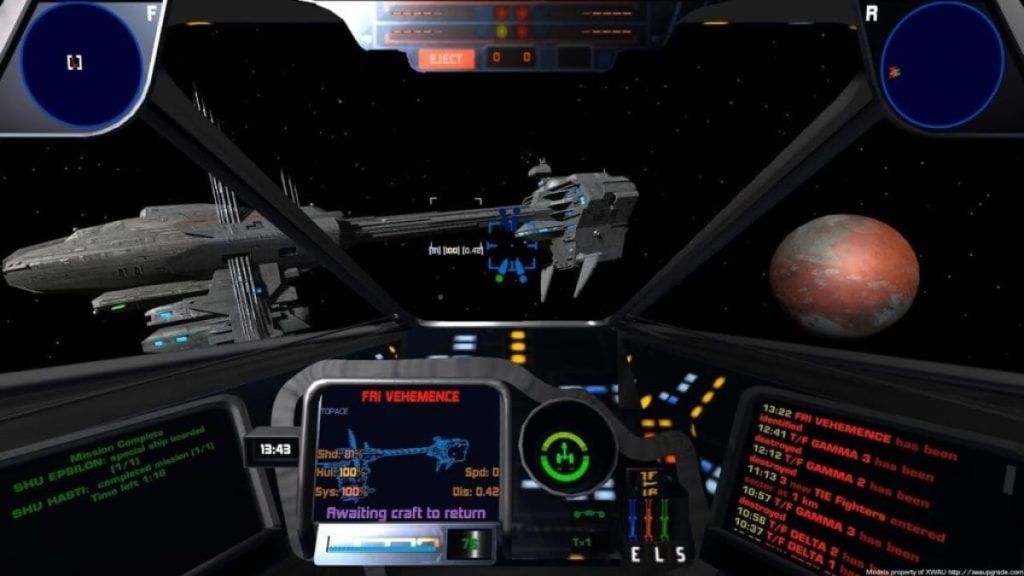 If there was one game series I would like to see get the remastered treatment it’s the classic X-Wing and Tie-Fighter series.

With no indication that a remaster will ever happen, a fan and hobbyist game developer is taking it upon himself to recreate the series in Unity. In a post on GOG, Azrapse explained why he’s undertaken the task.

“After trying to find the perfect X-Wing edition and realizing that the closest one to perfection is virtually lost to us (the 1996 Mac PowerPC edition cannot be run at a decent speed on modern x86_64 machines), I started looking for the best way to improve X-Wing to get the best of all the editions

“I propose to build a remake of the fligt engine, to start with, that reads the original X-Wing resources (music, graphics, missions) in your GoG X-Wing game folder, and uses them to play the mission, allowing for modern resolutions, input methods, and even usability improvements that were later added to TIE Fighter and XvT”

A great idea, his work is looking fantastic based on a trailer he’s recently released.

Called XWVM, it’s a free utility that would require players own the original game as it makes use of the original resources and it apparently includes no copyrighted material.

What Disney has to say about this remains to be seen, but as the project requires the original game and the assets are not copyrighted, it’s a bit unclear what Disney’s stance would be on it. Let’s hope this gets completed and there are no issues.