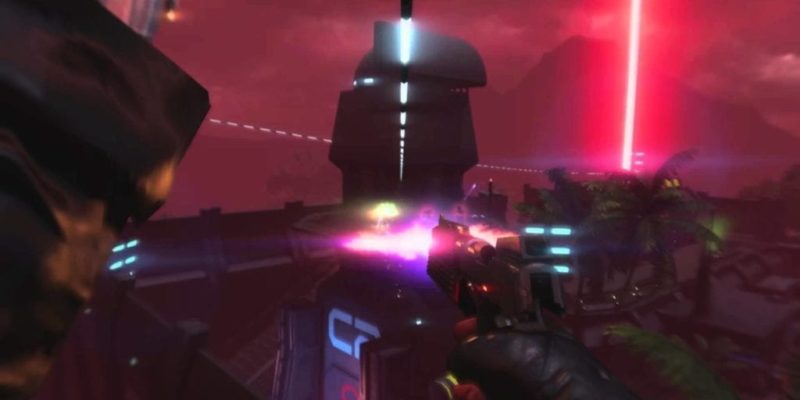 The upcoming standalone expansion for Far Cry 3, Blood Dragon, has certainly garnered a lot of attention since the teaser trailer was released. Not to mention that a listing for the game surfaced on the Xbox Live Marketplace shortly after which also provided even more details. Gamers certainly sat up and paid attention, because the next step was for a Russian hacking group to use an exploit to download the full game from the Uplay store before the game was even officially revealed.

Despite the exploit resulting in Youtube being completely flooded with videos that document the game from almost beginning to end, Ubisoft appear to have stuck to their strategy and followed up with an official trailer just a few days after the events transpired.

The new trailer isn’t just gameplay however, in fact it’s probably one of the most abstract game trailers ever released, so I don’t really want to spoil the surprise for you, but I will say this, the trailer itself continues to punch home the 80’s sci-fi vibe. Also we finally have an official release date now!

Far Cry 3: Blood Dragon will be available from May 1st on Playstation 3, Xbox 360 and PC. Don’t forget since the title is a standalone, you won’t need a copy of Far Cry 3 to get in on the action.